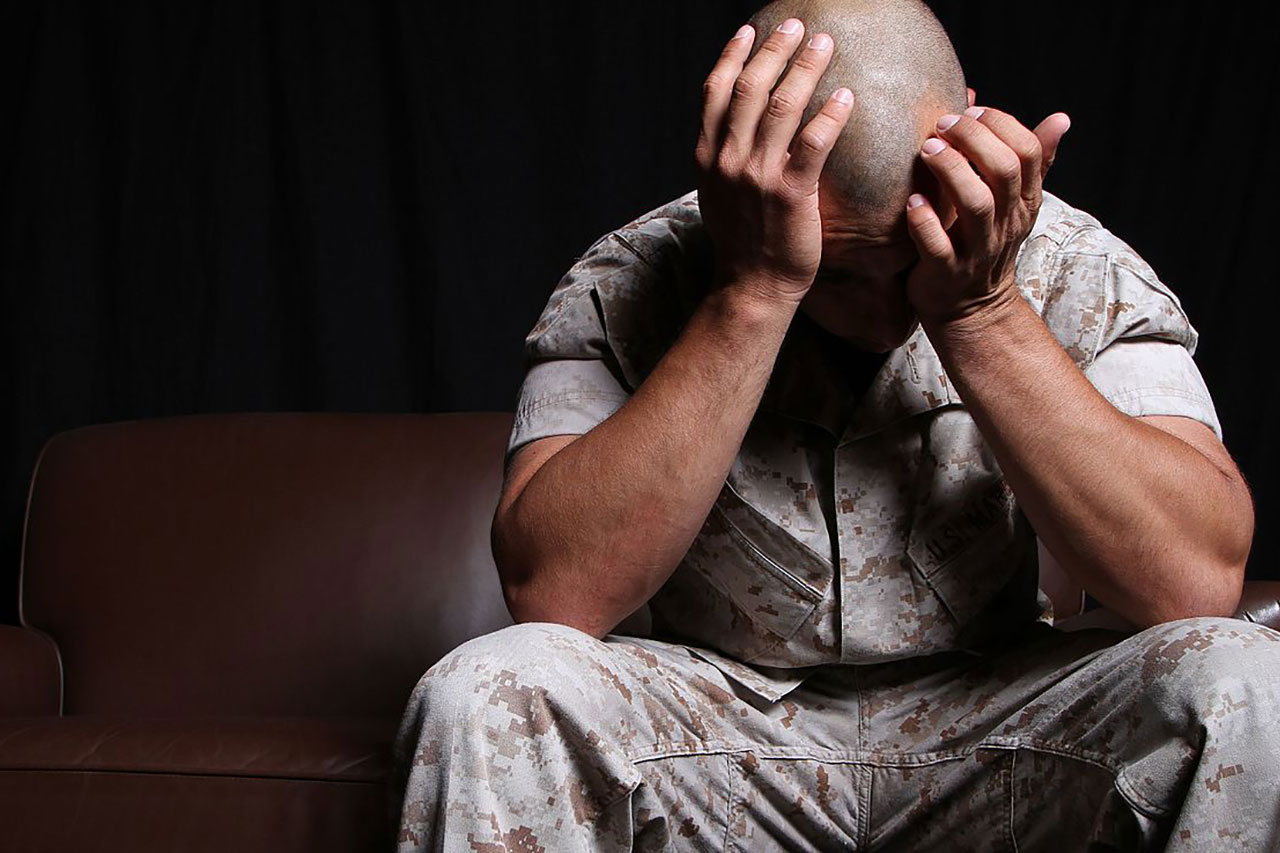 Operational Stress Injuries (OSIs) are a real and growing concern for members of the RCMP. Whether serving in communities here at home or on foreign missions with the United Nations (UN) or the North Atlantic Treaty Organization (NATO), Force members often find themselves in dangerous and traumatic settings, including in the Former Yugoslavia, Haiti and Afghanistan.

Operational Stress Injury is defined by the Government of Canada as: “Any persistent psychological difficulty resulting from operational duties in the Canadian Armed Forces or the RCMP.” OSI is used to describe a broad range of diagnosed medical conditions, such as anxiety disorders, depression, Post-Traumatic Stress Disorder (PTSD), alcohol and/or substance abuse, and other conditions that can interfere with daily functioning.

In an effort to put a human face on the problem of Operational Stress Injury and the toll it is exacting on men and women in uniform, the Quarterly has compiled the following personal stories of four people who self-identify as having this condition. Here are their stories:

S/Sgt. Kent MacNeill is currently posted with the General Investigation Section (GIS) at Prince George Detachment in British Columbia. It was the cumulative effect of many cases that brought him to the brink – a shaken baby investigation; recovering the remains of a sex trade worker; and discovering the bodies of two young people he knew personally who were brutally murdered due to their involvement in the local drug trade.

S/Sgt. MacNeill was diagnosed with Post-Traumatic Stress Disorder more than seven years ago. He did not readily accept the diagnosis – that didn’t happen to hardened cops.

“We all play a role in reducing the stigma around mental health. We need to speak more openly about our own struggles, so that others can know that they’re not alone. I’ve been overwhelmed with the support I’ve received from my superiors and colleagues, since publicly opening up about my mental health struggles,” said S/Sgt. MacNeill.

He said he sees slow progress towards improvement of the Force’s approach to ensuring a healthy workplace. In his view we’re dealing with “generational change.”

S/Sgt. MacNeill points to a significant gap in pre-emptive or proactive screening that could occur during members’ scheduled Personal Health Assessments. He is troubled by the fact that many in need of help won’t come forward for fear of being associated with “the few” bad actors who abuse the system.

Sgt. Jag Soin is the Operational Stress Injury Pilot Program peer coordinator for RCMP National Headquarters in Ottawa. While serving in the north, he and his partner responded to a domestic dispute. The suspect threw gasoline and set them afire along with the house. The rest of that incident is a blur as they fought for their lives to escape from the flames and the house. He returned to work shortly after this troubling incident. And there were repeated signs that all was not well.

Sgt. Soin has been dealing with Post-Traumatic Stress Disorder for more than 13 years now. He believes that the Force’s senior leadership ought to listen as carefully to the rank-and-file as they do to subject matter experts.

“Based on my experience in dealing with members suffering from OSI, or for that matter, any long-term illness, when management supports them and their families – who also suffer – we see a faster recovery and reintegration into the work force.” said Sgt. Soin.

The RCMP, he contends, is a unique policing organization that must calibrate Operational Stress Injury and related programming against the realities of rural and remote policing environments, where access to health services is a challenge.

Delayed treatment is an issue too, as are secondary stressors asociated with disruptions to family life, such as transfers in-and-out of small communities. With a case load of roughly 100 members of all ranks, Sgt. Soin points out that many will not meet with him at the worksite. They don’t want to be seen with him – negative stigma remains an issue.

In 2012, Jean-Michel Blais retired from the RCMP at the rank of Chief Superintendent and is currently the Chief of Police of Halifax, Nova Scotia. He was diagnosed with Post-Traumatic Stress Disorder in early 2012. The diagnosis came two years after his third trip to Haiti. He first served there with the UN in 1995. He went back in 2008. As the UN’s Deputy Commissioner and on-site incident commander at a school collapse, he approved the dismemberment of a deceased victim so that a child survivor could be freed from the debris. He returned again in 2010 to assist in the aftermath of yet another devastating earthquake that claimed the lives of 230,000 people around the capital of Port-au-Prince. He was there at the site of the UN Headquarters at the Hotel Christopher to recover the remains of several former colleagues. It haunts him to this day.

“I’ve had to learn the hard way the critical role of mental health in policing, not just in terms of how we deal with members of the public, but especially how we deal with ourselves,” said Chief Blais.

Chief Blais observes that the organizational culture of policing still encourages individuals to “suck it up.” As a senior police leader in Canada, Chief Blais has made workplace wellness a hallmark of his approach to leadership. He encourages police officers to take better care of themselves so that they may take care of their families and contribute to community life. And he is an exemplar in providing requisite resources and tools so that his staff and supervisors are better equipped to help one another.

Cpl. Paul Woods is a retired RCMP member who has served in contract policing and UN peacekeeping missions. On retirement, Paul worked as an investigator in the Office of the Veterans Ombudsman. He worked a file involving a former RCMP officer, and saw himself in the plight of this person. The cumulative impact of confronting crises involving multiple casualties with catastrophic injuries, many resulting in fatal injuries, at home and abroad, marked him and left him seeking assistance. While on a UN mission to Haiti, Cpl. Woods’ mettle was tested when he and his partner were detained by a large unruly crowd with machetes and rifles at his back, refusing to allow them to leave. Fearing for his life and that of his partner, he became involved in protracted negotiations that gained their release after several hours. It has been a long road back. As an active member of the RCMP Veterans’ Association, Cpl. Woods is an advocate for greater engagement within the veterans’ community.

He is making a strong contribution as a peer volunteer with 15 years of experience with the Canadian Forces Operational Stress Injury Social Support (OSSIS) program. He envisions a younger generation of retirees willing to make themselves available to provide peer support to colleagues, both within the veterans’ community and in support of those still serving.

Cpl. Woods said, “Things are slowly changing. Support for spouses and family is crucial for a successful recovery from an OSI. Employee awareness will ensure they are aware of potential sources of support and assistance.”

The program is being staffed incrementally over a three-year period. By the end of this year, the RCMP expects to fill seven regional positions: a national SOSI coordinator in Ottawa and SOSI coordinators in Vancouver, Edmonton, Regina, London, Ottawa, Montreal, Fredericton and St. John’s.

Much like its military precursor, the RCMP’s program will complement other mental health and family support services. It will provide a national peer support network for serving and retired members and public service employees experiencing an Operational Stress Injury.

The road to wellness can be difficult. But the new RCMP program will be delivered and coordinated by screened, trained peers who bring firsthand experience and practical knowledge of what it’s like to struggle with an Operational Stress Injury, or to live with someone with the condition. Peer support connects those in need with an understanding ear, a supportive community of people with similar experiences who can help to set goals, and points the way to resources and social support services.

As an early intervention initiative, the RCMP is also implementing Road to Mental Readiness training (R2MR). Already underway across Canada in other police services, this training was originally developed by the Canadian Forces as a program aimed at:

Implementation of this new training program has commenced. It’s anticipated that all employees will have received the training by March 31, 2018. Roughly 19,000 of the Force’s 30,000 employees have already received either the employee or supervisor version of the training. The R2MR training is also being incorporated into the curriculum at Depot Div. and is embedded in the Force’s in-service management development curriculum.

Overall, things are moving in the right direction. Problems of the past should not be laid at the feet of an emerging cadre of employees who stand ready to come to the aid of their fellows – those who are or have been in harm’s way. Members of the RCMP Veterans’ Association have considerable potential to tend to their own and give something back to those still serving.

The Statistics Related to Operational Stress Injury are Alarming:
Here’s Where to get Information and Help:

Employee Assistance Program (EAP): The Employee Assistance Program is a voluntary and confidential service to help employees at all levels, and their family members, who have personal concerns that affect their well-being and/or work performance. This program is offered by Health Canada and paid for by the employer, accessible 24 hours a day, 365 days a year. Phone: 1-800-268-7708, website: www.healthcanada.gc.ca/eas.

Royal Canadian Legion (RCL): If you are a retired veteran, serving military or RCMP member, or a family member seeking help, contact a Legion Command service officer in your province or at Dominion Command. The Legion is there to help you at: www.legion.ca/we-can-help/how-can-we-help.

Veterans Affairs Canada (VAC): Veterans and families who are in emergency situations or need help can call the 24-hour toll free crisis help line at 1-800-268-7708. This service is a 24-hour toll-free help line that can provide short-term professional counseling and referral services, including support for mental and emotional health concerns.

Every serving and discharged RCMP member is encouraged to sign up for a “My Vac Account” at: www.veterans.gc.ca/eng/e_services. It provides up-to-date access to announcements of new programs and benefits offered by VAC, some of which do not require a disability pension condition to access.

A/Commr. Graham Muir (Rtd.) is a 36-year veteran of the Force. He served abroad on United Nations and North Atlantic Treaty Organization (NATO) deployments in the Former Yugoslavia in 1993; Haiti in 2005; and Afghanistan in 2009. A/Commr. Muir worked in municipal policing in British Columbia and federal enforcement in Ontario. He
was deployed at NHQ in various capacities, including heading the RCMP’s National Learning & Development Program, and also the Strategic Policy and Planning Directorate. A/Commr. Muir retired from the Force in 2011 and is now involved with the RCMP Veterans’ Association.

This site is registered on wpml.org as a development site.