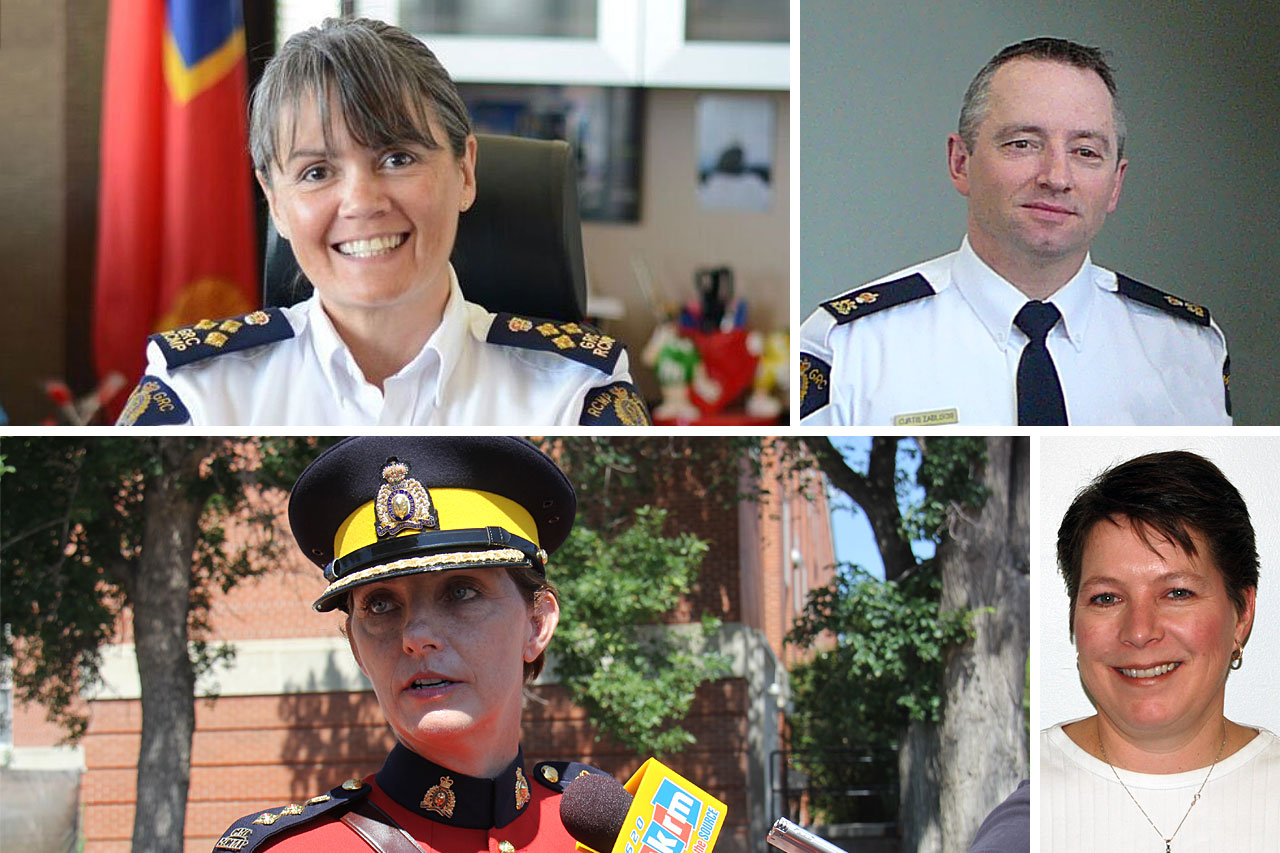 I am pleased to announce the following changes to our senior ranks.

Assistant Commissioner Brenda Butterworth-Carr, currently Commanding Officer of “F” Division, will be promoted to the position of Criminal Operations Officer, Core Policing for “E” Division. Brenda, who is from the Tr’ondëk Hwëch’in Han Nation, Yukon, joined the RCMP in 1987. She served as the Assistant District Commander in E Divisions North District, Officer in Charge of Prince George Detachment, Director General of National Aboriginal Policing and Crime Prevention Services, National Criminal Operations, and the Criminal Operations Officer in F Division prior to becoming the Commanding Officer of F Division in 2013. Brenda holds a variety of active positions on many provincial, federal, and international committees and associations, including as Vice President of the Saskatchewan Association of Chiefs of Police and Chair of the National Womens Advisory Committee. She is a recipient of the Queen’s Golden and Diamond Jubilee Medals and a Member of the Order of Merit of the Police Forces.

Brenda will be succeeded as Commanding Officer of “F” Division by Chief Superintendent Curtis Zablocki, who will be promoted to Assistant Commissioner in that role. Born and raised in Saskatchewan, Curtis has been a member of the Royal Canadian Mounted Police for over 26 years, serving in “K” Division throughout. He has been the Deputy Criminal Operations Officer in that Division since 2014. His previous duties were mainly in Contract Policing including General Duty, General Investigations/Major Crime, District Advisory functions and Detachment Command. In 2007, Curtis was commissioned as an Inspector and assigned to the position of Officer in Charge of Wetaskiwin Detachment and Operations Officer for the newly created Battle River District. In 2010, he was appointed as Superintendent in charge of Central Alberta District and in 2012 appointed as Chief Superintendent in charge of Central Alberta District. Curtis holds a Bachelor’s degree in criminology from the University of Alberta.

Assistant Commissioner Louise Lafrance, currently the Commanding Officer of “Depot” Division, has accepted the role of Gender and Diversity Champion and will be relocating to National Headquarters. Louise joined the RCMP in 1985 after being the first female officer in the Mont-Laurier, Quebec, police department. She has served in “W” and “A” (now National) Divisions, as well as at National Headquarters. There, she served as the Director of the National Recruiting Program before being transferred to “Depot” Division as the Training Officer in 2010. She was appointed the 56th Commanding Officer of “Depot” Division in 2013. In addition to her achievements in policing, Louise has given countless volunteer hours to the communities where she has served, including developing and implementing a reading program in a Regina school where she, along with RCMP cadets and Depot employees, read with the children, developing positive relationships between children and police. Louise was invested as Member of the Order of Merit of the Police Forces in 2015.

Louise will be succeeded as the Commanding Officer of “Depot” Division by Chief Superintendent Brenda Lucki, who will be promoted to Assistant Commissioner in that role. Brenda joined the RCMP in 1986 and has since served in “C”, “O”, “D”, “K” and “F” Divisions, as well two tours in the former Yugoslavia. She also assisted in training and selecting United Nations Civilian Police for the mission in Haiti and spent three years as an Applied Police Sciences instructor at Depot. Brenda received her Bachelor of Arts degree from the University of Alberta, and is a recipient of the United Nations Force Commander’s Accommodation for Bravery, the St. John’s Ambulance Humanitarian Award, two United Nations Protection Force Medals, the Canadian Peacekeeping Medal, the Commanding Officer’s Commendation for her work at the G8 Summit in Kananaskis, the Saskatchewan Centennial Medal, and the Queens Jubilee Medal. She is also a Member of the Order of Merit of the Police Forces as a result of the work she did improving relations with First Nations people while the Officer in Charge of the North District in “D” Division.

I wish to thank the Provinces of British Columbia and Saskatchewan for their engagement and support of the selection processes. As I have noted in the past, we benefit from the cooperation and involvement of our contracting partners.

I have no doubt that all will bring to their new roles the same dedication, innovation and leadership shown in their previous ones.

Please join me in congratulating them.