Undermining trust in police is dangerous for us all 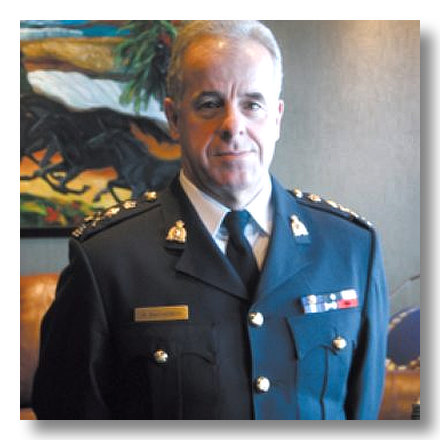 Giuliano Zaccardelli
Giuliano Zaccardelli is a retired commissioner of the Royal Canadian Mounted Police.
As anti-police rhetoric in Canada has intensified over the past weeks, I confess that the Mountie in me has been stirred to anger. Not because of what one might assume – that I refuse to acknowledge that serious mistakes have been made, or that I am eager to let police leadership off the proverbial hook – but rather, because of the volume of quick, easy and short-sighted criticism from our politicians and pundits, much of it proffered without any balance or nuance.
Such blunt and overly broad condemnation is reckless. The inevitable result of a simplistic narrative about “bad” policing is the diminishment of trust in one of the most fundamental pillars of our country: its system of law enforcement. And without trust and its attendant social capital, the peaceful, orderly and civilized country that we are all so proud of will be at serious risk.
Trust may be the most effective risk-mitigation factor police officers have at their disposal. Approximately 70,000 women and men in Canada currently take on the risks of serving in law enforcement, and they know, as I did over my 36 years in the RCMP, that things can go sideways on any given shift and on any call, in a heartbeat. If the people that police interact with lose trust in the force, the risks involved will only rise.
According to Statistics Canada, more than two million criminal-code incidents are reported in Canada each year; beyond these are millions more interactions between the police and members of the communities they serve. What we hear about are the tiny percentage of these that sometimes go tragically wrong – as we should, of course. There must be no hiding behind the “blue line,” and in those cases where there is police error, it is even more important that leaders own the responsibility and commit to immediate and robust responses. However, the fact is that the vast majority of police work in this country is carried out appropriately. Unfortunately, a well-known truism is that it takes hard work over a long time to build trust, and very little time or effort to destroy it.
The law enforcement community in Canada is in fact more than ready to adopt new approaches, but not in a context of blame and accusation. Not on the premise that what is now in place is universally and irrevocably broken. Not with the sole focus on the one per cent of mistakes, the 10 per cent of “could be more effective” versus the 90 per cent of “what works well” day in, day out across the country. And absolutely not without a real and genuine basis of respect for the men and women who work so hard in such a tough job in a system more often taken for granted than understood.
I know that we can find a way forward that builds on the strengths that exist and accepts that what has gone wrong can inform how we can do better, rather than from the basis of attempts to pull down the whole house just because some of the bricks need replacing.
I cannot end this op-ed without making a comment on systemic racism within the RCMP. I think it can be safely said that, of course, there is systemic racism in the Royal Canadian Mounted Police, because there is systemic racism in Canada at large. I have often said that as Canada goes, so goes the RCMP. And our decades-old national police force has always reflected the values, expectations, challenges, and directions of our society. The RCMP does not create laws; it enforces the laws adopted by the people and government of the day, and in so doing, it walks in lockstep with the country over time.
Recent events have shone a spotlight on an unacceptable legacy of the past, and there is a useful urgency behind the calls for change being sounded across the country. Unfortunately, blanket accusations of racism fail to recognize the individual behaviours of the majority of members of police organizations who strive to maintain fair and equitable policing services. Nor do they recognize many serious and longstanding efforts of organizations including the RCMP, which have been introduced to educate and train their members to eliminate racism both within the ranks, and in dealing with the public. Unpacking, understanding and undoing decades of systemic racism is a complex undertaking, and I believe the RCMP – alongside the education, government, non-profit and corporate sectors – will seek those new and improved approaches, in order to continue together in the never-ending work of building a better tomorrow.