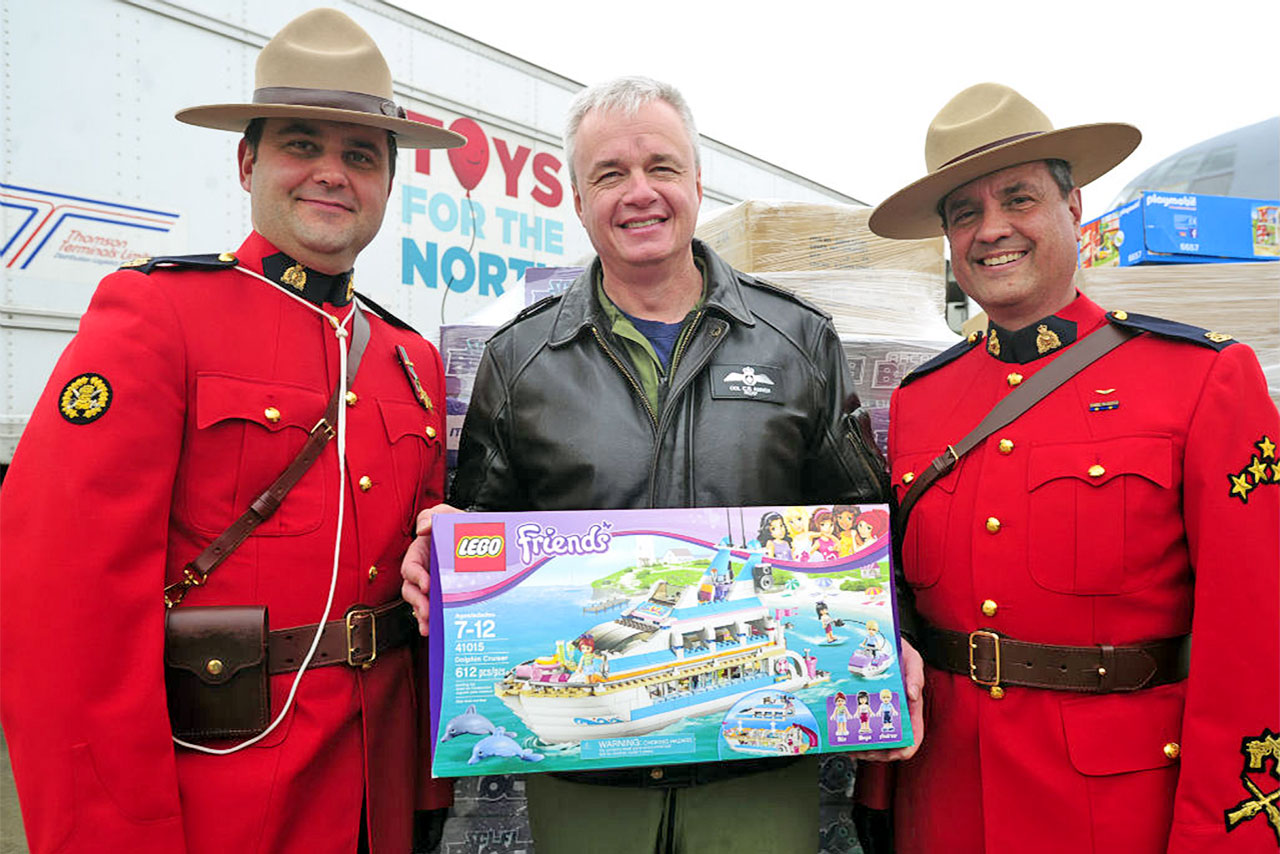 In its seventh year, Toys for the North, runs like a well-oiled machine, with volunteers dedicated to every step of the journey from the Toronto area into the hands of children in far northern regions of Canada.

“Many of the communities where children receive toys are only accessible by air, making the transportation component of this endeavour the most challenging,” said RCMP Toys for the North Co-ordinator Insp. Chris McBryan. “We are so grateful to have the help of Thomson Terminals, the Canadian Air Force and others to help bring the toys to those isolated communities.”

Toys were donated by corporate sponsors through the Canadian Toys Association, and by the public through drop boxes at RCMP Toronto area detachments. They were collected, sorted and packaged by RCMP volunteers and loaded onto a transport trailer truck to go to the Canadian Air Force Base in Trenton. From there, when operationally feasible, they were flown to Goose Bay, NL and Thunder Bay, ON where more RCMP volunteers received, sorted, wrapped, and sent the toys to various remote communities in the Canadian North.

The RCMP, in partnership with Elders, councils and community leaders, identifies those communities most in need and distributes the toys to the various local agencies. This year, toys were delivered to the Ontario communities of Bearskin Lake, Sachigo Lake, North Caribou Lake, Poplar Hill, North Spirit Lake, Cat Lake and Fort Severn. In northern Newfoundland and Labrador toys were delivered to Nain, Hopedale, Postville, Makkovik, Rigolet, and Black Tickle.

RCMP Veterans volunteered at several Toys for the North events including the Canadian Toys Associations’ reception in Ottawa, at Thomson Terminals in Toronto to sort and package toys, at Trenton Air Force Base for airlift and at RCMP Thunder Bay, ON and Goose Bay, NL detachments to prepare the toys for distribution.

“The RCMP Veterans are keen to contribute to efforts benefiting our communities. We look forward to ongoing collaboration with serving RCMP members and their partners on this and similar worthwhile projects” said RCMP veteran and Ottawa Division Second Vice- President Michel Pelletier.

Over the years, Toys for the North have made the holidays a little brighter by distributing more than $420,000 worth of toys to children in Northern parts of Labrador, Manitoba, Nunavut, and Ontario.