The RCMP must change 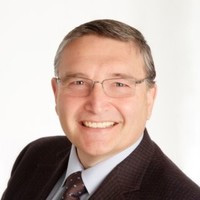 1998 marked the 125th anniversary of the RCMP. Some of us were fortunate to participate in the activities that were organized to mark this milestone. In 2023, we will celebrate the 150th anniversary of the RCMP. We would be remiss if we didn’t use that opportunity to reflect on the past, to better plan the future of our national police force. What will the RCMP look like when it celebrates its 175th and 200th anniversaries? What do we want it to be?

In the wake of recent tragic events in the United States and in Canada, it is timely to address some of the issues that are affecting the RCMP’s sustainability and to identify the levers to transform it. We can no longer ignore the conclusions and recommendations from the many reviews, inquiries and lawsuits that have plagued the RCMP in recent years, and the numerous complaints filed each year with the Civilian Review and Complaint Commission[1].

Can the RCMP continue delivering value to the Canadian public, using its current governance, leadership and policing models, is the status quo still viable? It is not. Band aid solutions are no longer sufficient, radical structural changes and actions are required urgently.

Along the years, successive governments have piled on and transferred new responsibilities to the RCMP, without the necessary resources to assume expanding mandates, sometimes at the expense of core functions. As a result, the RCMP, in its current form, may have become unmanageable.

The RCMP’s deliverables are too broad, it should be broken into manageable and controllable parts, along its four business lines (federal; internal services; national police services; contracts), anchoring itself around a solid federal and international mandate, supported by its internal services.

For example, the RCMP is currently responsible for the national police services[2], one of its four business lines, which include the Canadian police college, forensic laboratories, the Canadian police information centre (CPIC), the Canadian firearms program and the DNA databank. As these services are offered to all police forces in Canada, it’s responsibility should fall to the responsibility of the Department of Public Safety, in collaboration with all major police forces in Canada.

Likewise, the RCMP should also revisit its policing contracts, as the actual costs are not representative of the services delivered, due, among other things, to the commingling of municipal, provincial and federal resources. These financial inconsistencies were clearly identified in a 2017 review conducted by KPMG[3]. The actual cost of policing 150 municipalities, 8 provinces, 3 territories and 184 first nation communities is much higher than what has and is being reported and should require much stricter controls, oversight and altogether a different governance model.

The much-needed restructuring of the RCMP and the critical examination of its current business lines could give it room, time and resources to reflect on its mission and core functions, to return to its strong historical community policing roots.

The RCMP, after all, is in the business of offering and delivering public security services. As such, its greatest and surest asset remains its front-line people, police and civilian staff alike. The strength of the RCMP should lie in how it recruits, develops, supervises and leads its people, in alignment with its core values and within the boundaries dictated by our judicial, political and financial systems.

This human resource process should start by redefining the profile for the ideal police recruits, individuals with intellectual and emotional qualities, possessing a strong desire and capacity to serve with integrity, combined with a passion for justice. Faced with today’s complex environment, the qualities and competencies we seek from police recruits and executives, do not suffice. As with all professions, it must be completed with ongoing professional development.

An enhanced curriculum could include greater notions of law, criminology, sociology, psychology, management, information technology and history, to name a few of the fields that should be included in a policing university certificate or degree. The syllabus for those degrees or certificates could be aligned with the different career paths that will be offered to officers in a municipal, provincial or federal context.

Whether or not the RCMP will retain all or most of its municipal and provincial contracts is another question altogether. Regardless of the forthcoming negotiations with its clients, the RCMP could remain on the leading edge of police training, if it were to collaborate actively with Canadian universities and/or colleges across Canada, to develop such policing curriculum. It could then be in a position to offer and complete the technical aspect of police training, for itself and/or other police forces, at its current facilities in Regina.

The recruiting and continuing education of police officers require a solid governance model, led by a senior executive team, selected and developed through a systematic process. This should include ongoing coaching, strategic postings, within and outside the organizations, to test the competencies and capacity of the officer candidates, supplemented by a parallel academic path, as we often see with the military.

Police forces, including the RCMP, must also include and develop a capacity for lateral movements between the public and private sectors. However, to do so, and to attract the right candidates, the RCMP should become a separate entity as recommended in 2007 by the task force on governance and cultural changes in the RCMP.[4]

The transformation of police training and its delivery within, rather than outside our communities, along with the systematic development of its executives will break down the inward-looking nature of police forces like the RCMP, as also suggested in a research document prepared for the task force on governance and cultural change in the RCMP in 2007.[5]

Finally, the delivery of some of the RCMP policing activities could be outsourced without impacting law enforcement. Do we need highly trained and paid police officers directing traffic, controlling access to construction sites, enforcing municipal bylaws or other similar duties? Delegating and outsourcing certain noncritical police functions that do not require a trained and experienced officer, to public servants and the private sector would allow police services and governments to maximize the full potential of its expert police force, by allocating limited resources to the most urgent public security priorities.

We missed an opportunity in 1998 to envision the future of the RCMP, let’s not wait another 25 years to take up this challenge, to promote an enduring presence and legacy for such an institution that has marked the Canadian history. I am extremely proud of what the RCMP has and is still accomplishing, but it is time for action, not for another task force or committee: the women and men of the RCMP who have served and still serve the public deserve better.