The Making of “Have You Got a Match?” 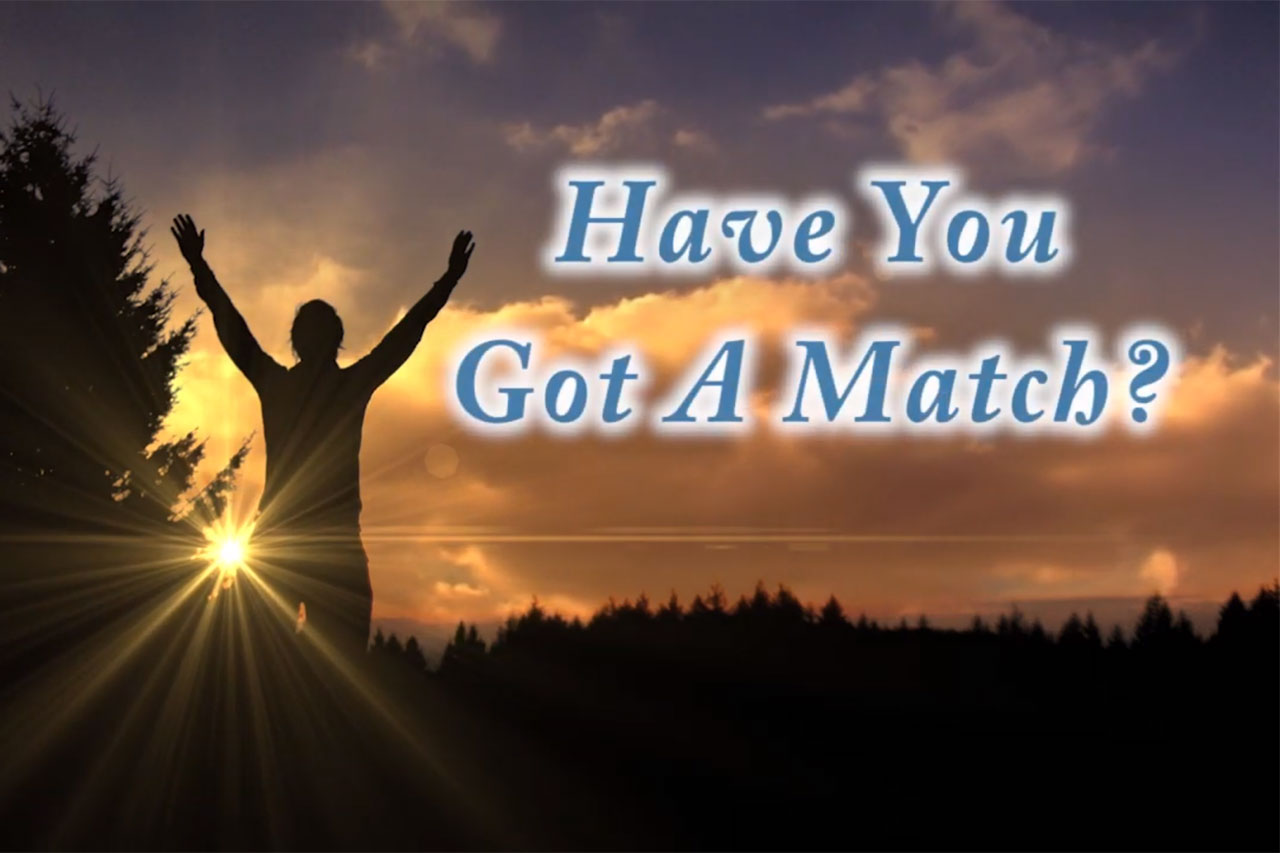 In early spring 2016, two retired Royal Canadian Mounted Police (RCMP) former colleagues met over a cup of coffee. They say the RCMP is a family, and this story is not only about that family, but about how one of those retired RCMP members had been in a fight for his life until a bone marrow donor was found.

I had heard that retired RCMP Veteran, John Gould, had been ill and I fondly recalled our years of working together in Langley, B.C. back in the 1980’s. I was not aware of the extent of John’s illness, nor precisely what his illness had been, until I met with him on that day in 2016. How many times have we heard ideas can come from anywhere and especially over small talk and a cup of coffee? At my asking, John told me “his story” regarding his illness, receiving his bone marrow transplant and to the present day when he had located his German donor, Sebastian Obermeier. John had invited Sebastian to Canada, so he could meet the young man who had saved his life.

What a story it was and a story, that we both knew, would continue to have many chapters written. One chapter had been written pertaining to John but what about the thousand more chapters for those waiting, or would be waiting, for their own stem cell donor matches to be identified with outcomes yet to be known. As John and I talked, we discussed the possibility of telling his story and the ongoing efforts that could be made to raise the awareness of stem cell/bone marrow donations at least within the RCMP. After all, we both knew of the legacy that Cst. Bruce Denniston had left with the Force in fighting his own battle but, unfortunately, there was not a happy ending for Bruce’s chapter.

Having worked with John, I knew he was a bit of a character, but I was struck by his initial hesitancy for his story to be told. John stated that the story wasn’t about him, so much, as about all of those throughout the world waiting for suitable stem cell donor matches. John knew he was one of the fortunate ones and, finally after much discussion, John agreed that contact could be made with the RCMP in the attempts to obtain the support in promoting this story to raise donation awareness, at the very least, throughout the ranks of the RCMP.

Contact was made with the RCMP and credit must be given to those RCMP Officers who immediately got behind the story, seeing the opportunity to produce an educational video for members of the Force. Arrangements were made with the RCMP Forensic Identification Section at Vancouver International Airport (YVR) to record that first meeting in July 2016 between John and Sebastian at Vancouver airport. This initial visit would become the first of many visits between John and Sebastian. The RCMP also conducted taped interviews with John, Sebastian, and Dr. John Shepherd, Vice Chair and Past Director Leukemia/Bone Marrow Transplant Program of BC who is also a stem cell courier.

The Bruce Denniston Bone Marrow Society was contacted as well, and quickly provided their support for the educational video to be made. Also, the RCMP Veterans’ Association, Vancouver Division Executive was advised and, with many knowing the Bruce Denniston story, quickly gave their support to the making of the video. Unfortunately, as is well known in the policing world, during the fall of 2016 other policing matters seeped in and the making of a video, in conjunction with the RCMP, was lost.

Now the task at hand was to try and keep the momentum going but, with limited to no funding, it was difficult to find a person who not only had the expertise to complete the video but was willing to take on the project at no cost. The next year and a half saw many setbacks and it didn’t seem the video would become a reality.

Finally, in the spring of 2018, through a casual conversation with retired CKNW reporter, George Garrett, the issue of the making of the video came up. George, who raises money for the Volunteer Cancer Drivers’ Society and drives “Cars for Cancer” patients, also thought the story was compelling and should be shared. George made the initial contact with Jim Morrison, Morrison Productions, and Jim being a retired producer media journalist became interested. After meeting with Jim in early 2018, there was no doubt that this story would finally be told!!

The short video “Have You Got a Match” appears to be about John and Sebastian’s story but, in fact, it starts in a small town in Germany in 2007 where a 19-year-old girl, Susanne, was facing the fight of her life. Sebastian lived in that small town in Germany and a campaign search commenced in the hopes that a stem cell donor for Susanne would be found. Unfortunately, a donor was identified too late and Susanne passed away on Christmas Eve 2009.

It is the intent of the RCMP Veterans’ Association, Vancouver Division, to distribute the video in the hope that this video, “Have You Got a Match?” will increase awareness for people to register as stem cell donors.

As President John F. Kennedy once said, “One person can make a difference, and everyone should try.”

Click here to view the video, “Have You Got a Match?”

I would like to acknowledge the generosity of Jim and Elaine Morrison. Jim provided his time and expertise to complete this video. Both Jim and Elaine, also, have financially supported the making of “Have you Got a Match.” Acknowledgements also go to RCMP Sgt. Stephanie Ashton, Sgt. Janelle Shoilet and Sgt. Veronica Fox for their efforts and ongoing support. Without their support at the “ground level” this video would not have been made. To the 2018 RCMP Veterans’ Association, Vancouver Division Executive for their ongoing support and commitment to this cause. To the Bruce Denniston Bone Marrow Society, again, for their continued support and assistance throughout this long process. To John and Sebastian in allowing “their story” to be told.

And, in closing, to Ria and Rainer Ruhle for sharing the memory of their daughter, Susanne, in the making of this video.