Systemic Racism in the RCMP 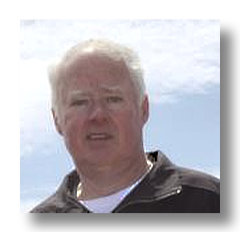 The recent events where the commanding officer of “K” Division and the commissioner of the RCMP changed their public positions on the existence of ‘systemic racism’ in the RCMP is very troubling to those who currently serve in the RCMP as well as those who have served in the past.  Both senior managers, a deputy commissioner and the commissioner, originally held the view that systemic racism is not a feature of today’s RCMP but, no doubt recognizing that they cannot ‘bite the hand that feeds them’, they later made public statements that are congruent with those regularly stated by the prime minister – the RCMP is plagued by systemic racism.

There seems to be some confusion about what ‘systemic’ actually means with some journalists even using the term as a synonym of ‘systematic’.  Systematic is anything done methodically, according to a plan, or utilizing a system.  Systemic means involving the whole body or organization.  To be systemic in the RCMP, racism would have to permeate the whole organization, be part of the both administrative and operational policy, and be universally and consistently pursued by the organization’s management.

I served in the RCMP from 1965 to 2001 and I was quite familiar with both RCMP administrative and operational policy and, during my service, I did not encounter a single phrase of either administrative or operational policy that was capable of being construed as racist.  I would be quite shocked if that has changed since my retirement.  Although I suspect that I might have encountered a few members of the RCMP who privately harboured racist views, I have never encountered any overt racism during my policing career.  Racism certainly was not practiced or promoted by RCMP management and was not tolerated.  From 1995 to 2001, I was in charge of Richmond (B.C.) Detachment.  When I moved to Richmond in 1985, 4% of the school population was enrolled in English as a second language classes.  In 1995, the ESL enrollment had increased to 52% of the student population.  By the time I retired, Caucasians were in a minority in Richmond.  We had a very diverse detachment; at one point, a language inventory disclosed that our members spoke 33 languages and dialects.  These members, from a variety of ethnic origins, worked and socialized together harmoniously without any hint of racism.  We did not have any complaints of racist behaviour from our members or the general public.

To establish an evidentiary foundation for a claim of systemic racism in the RCMP, it would require a valid (the research methodology accurately measures what is intended to be measured – racism) and reliable (repeating the methodology consistently generates the same results) academic study of the subject.  Merely asserting that systemic racism exists is not sufficient.  I am unaware of such a study having been done and I am confident that, if one were done, it would not disclose systemic racism in the RCMP.  Until there is some cogent evidence of systemic racism in the RCMP, making such claims is prima facie actionable defamation.  As a person who maintains contact with both serving and retired members of the RCMP, I am aware of the adverse effects it is having on the RCMP as well as both serving and retired members.  Policing is challenging enough without facing the incorrect and unnecessary allegation that the RCMP is a systemically racist organization.  As a retired member of the RCMP, I feel defamed by such allegations because they are alleged to have been present for over 147 years.  Thankfully, most of the serving members are continuing to do their duties fully and faithfully despite the lack of adequate resourcing in many instances and an embarrassing lack of reasonable compensation in all instances while concurrently being labelled as racists.

It appears that a series of apparent excessive uses of force by a few members of the Canadian policing community are being used as ‘evidence’ of systemic racism in the RCMP.  This is not sound or logical reasoning.  These excesses are more indicative of deterioration in the enforcement of disciplinary standards and, apparently in at least one case, a complete misunderstanding of what is ‘reasonable force’ by some manager(s).  Police officers are subject to three types of response if they exceed what is reasonable force in the execution of their duties:  (1) they are subject to criminal charges if they commit criminal offences; (2) they are accountable to their employers for any service violations they commit; and (3) they are subject to tort actions by their victims.  Excessive force is managed by these remedies and not allegations of racism.  Of course, if there is actual racism, that ought to be immediately and harshly dealt with.

The commissioner’s failure to counter the unfounded allegations of systemic racism by politicians and some Indigenous leaders is a great disappointment to both serving and retired members of the RCMP.  It has created an unnecessary impediment to improved morale among serving members as they do their best to serve their communities in what were already very challenging working conditions.  As well, it will make much needed recruiting even more difficult because many qualified potential applicants will be unwilling to consider serving in an organization which the highest ranking member, politicians, and Indigenous leaders have labelled as being systemically racist.