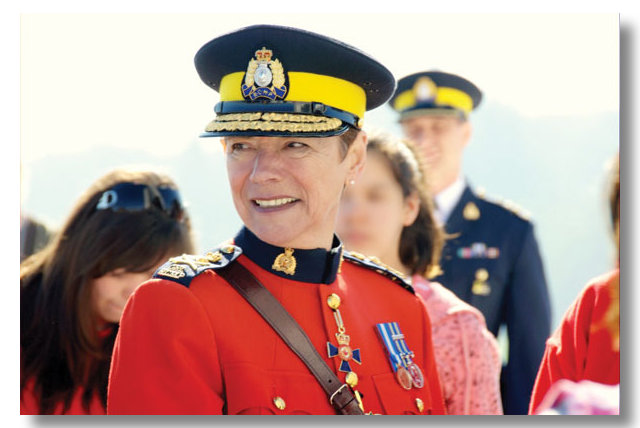 STATEMENT BY THE HONOURABLE BEV BUSSON, SENATOR FOR BRITISH COLUMBIA ON THE CURRENT SITUATION INVOLVING OUR POLICE

I cannot stay silent any longer.

I, like so many Canadians, regardless of background, have been shocked, saddened and shaken by the tragedies of the last few weeks. I do not want to argue about semantics. Our country was founded on the principal of colonization and many injustices have been committed over the years that must be confronted.

The movement to declare that Black Lives Matter, Indigenous Lives Matter, and Racialized Lives Matter should be a call to action, uniting each and every Canadian to become the change they want to see. But we must equally be vigilant that it not become a rush to judgement, denying due process and the rule of law that underpins our society.

I am the first person to want accountability for anyone who has disgraced the uniform. I wore one proudly for 33 years and hold distain for anyone using their power unlawfully.

Disturbingly, I see a tendency by some to stereotype equally each and every police officer with the same criminal motives. I am referring to the wave of hatred and disrespect directed at our police forces generally and specifically at the RCMP, that many members are experiencing.

Canada is a diverse country, arguably the best country in the world in which to live, and yet, instead of coming together to protect that legacy, we are being divided by our differences rather than celebrating them. There are many things to be done to improve the police model we have but kindness, trust and mutual respect must be at the root.

I am calling on each Canadian to remember the courage and dedication of our police officers. Not two months ago we were celebrating these first responders, who were coming to work to protect us, risking their own health and that of their families in order to do their duty. Are we so convinced the actions of a few, who have yet to be afforded the right of due process, colors or describes the whole profession. The vast majority of police officers are the finest people you will ever meet, and even at this tragic and unprecedented time, and despite the vitriol focused at them, are dedicated to keeping Canadians and their communities safe.

We must remember that racism and stereotyping are wrong in all its forms and must be eradicated. Police are people, they are mothers, fathers, sons and daughters. The vast majority became police officers to make a positive contribution to society, and despite finding themselves in an ever more hostile environment, serve with honour every day.

I believe we should all stand strong together, ensuring that those who abuse their authority feel the fullest extent of the law. I also urge that we recognize the dedication of the literally thousands of police officers in Canada who go to work every day to protect the same citizens who now vilify them. Through this difficult time in our search for a path forward, we must also find a way to be kind and compassionate to each other, and to all work hard, together, to confront and eradicate all forms of racism, systemic and otherwise from this great country.