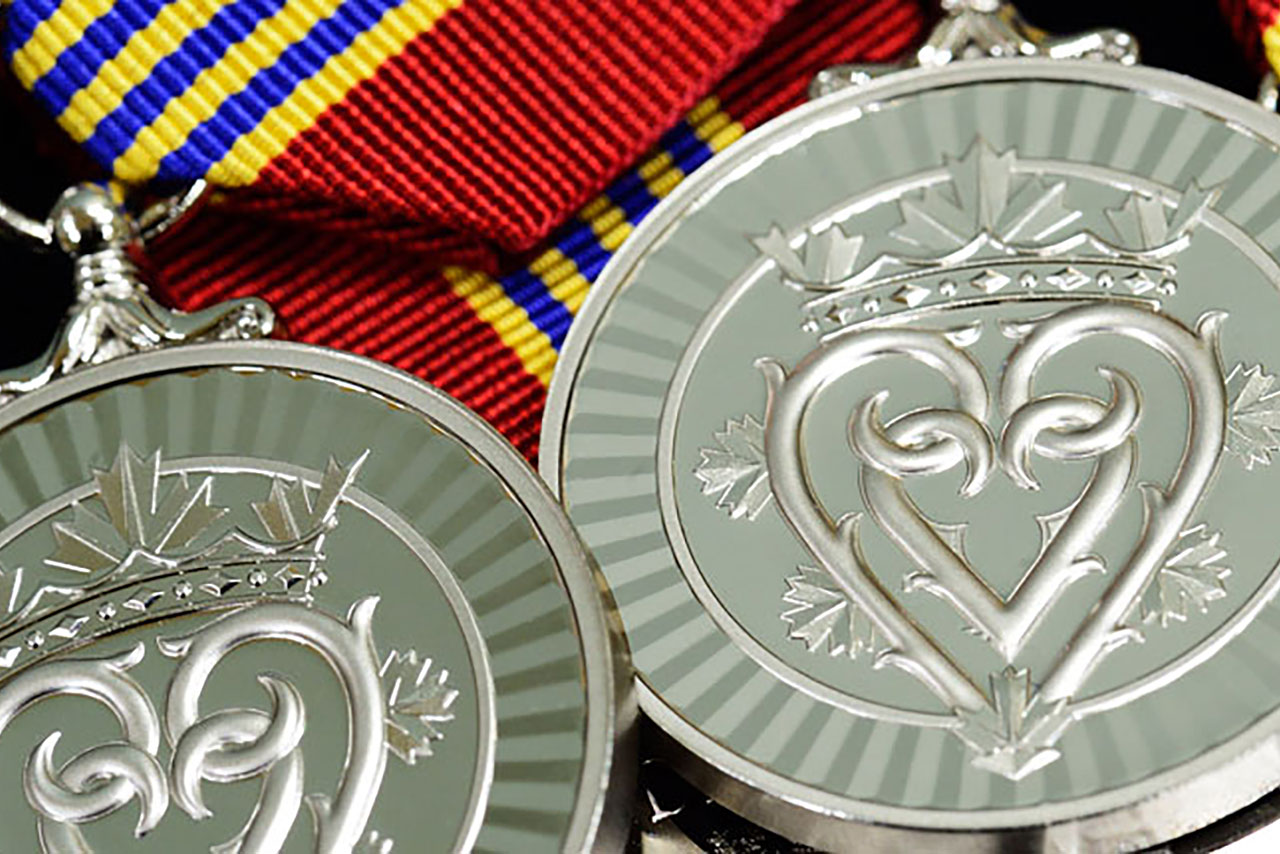 On behalf of His Excellency the Right Honourable David Johnston, Governor General of Canada, RCMP Deputy Commissioner Kevin Brosseau presented the Sovereign’s Medal for Volunteers to RCMP Veteran Ian Cooper at a ceremony held at RCMP Headquarters on July 13, 2016. This new medal recognizes exceptional volunteer achievements in a wide range of fields. Each recipient was nominated for the medal from within their community.

Ian Cooper has provided community leadership for over 40 years, whether by developing a minor hockey program in Prince Rupert, British Columbia, or volunteering with the RCMP Veterans’ Association (Ottawa Division). Working to engage Canadians with RCMP heritage, he has endeavoured to honour RCMP Veterans through various initiatives, including the annual Remembrance Day Odawa Dinner, the National Police and Peace Officers’ Memorial Service, and the RCMP National Memorial Cemetery Committee.

“The Ottawa Division of the RCMP Veterans’ Association is extremely proud of Ian Cooper who has given decades of service to the organizations he has served and to the communities where he has lived”, said Michel Séguin, President of the Ottawa Division.

The Sovereign’s Medal for Volunteers recognizes the exceptional volunteer achievements of Canadians from across the country in a wide range of fields. As an official Canadian honour, the Medal for Volunteers incorporates and replaces the Governor General’s Caring Canadian Award. The Medal builds on the legacy and spirit of the Caring Canadian Award by honouring the dedication and commitment of volunteers.

For more information or to nominate a deserving volunteer, visit caring.gg.ca.