Senior Police Managers must not kowtow to political rhetoric 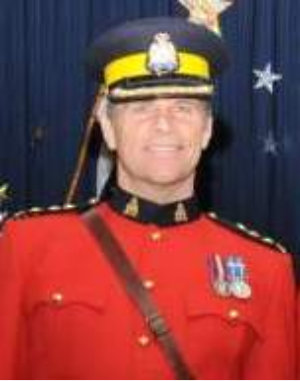 A recent article I read in the globe and mail has pushed me to where I can no longer bite my tongue and remain silent. It is a part of a continuing onslaught at undermining police eﬃciency and as a consequence, police oﬃcer and public safety. “RCMP Commissioner urged to issue directive on use of knee to neck”   “RCMP Commissioner Brenda Lucki must issue a clear directive to oﬃcers that this measure is prohibited and unjustiﬁed, a defence lawyer and a New Democrat MP say.”

When a peace oﬃcer, who is, by law, required to intervene in the actions of an individual by virtue of preventing an assault, self harm or lawfully take in to custody, and that person fails to comply with a lawful command then the situation often deteriorates into a physical conﬂict. The conﬂict amounts to a “street ﬁght” as there are no Marquis of Queensbury rules at this point. There are, of course, limitations on the actions of the oﬃcer dictated by the Criminal Code and as an extension of that, the department policies. All of this having been instilled by basic training classes and in-service refreshers.  The “suspect “follows no such limitations. They, essentially, dictate the level force required by the oﬃcer. This means that the oﬃcer must adjust their response to enable them to overcome the suspect’s actions as failing cannot be an outcome. Why? Having already mentioned the oﬃcer’s requirement to ensure safety, it must be realized that, at every conﬂict that occurs, there is a ﬁrearm present! Should the oﬃcer be overcome by the suspect, the ﬁrearm, a deadly force option, is now available to the suspect. Do we see why losing that street ﬁght is not an option?

Police Defensive Tactics is the term often used to describe the skills taught to aspiring street cops. There are actual physical techniques learned, as well as some philosophical and of course, legal components. This is where the public, the elected oﬃcials and sadly, some senior managers are oblivious to reality and the street cop suﬀers accordingly. Defensive tactics taught (ﬁghting skills), include body positioning, balanced movements, body targets, impact strikes, joint locks, restraint techniques and use of weapons. Pain and muscular/nerve dysfunction are referenced as goals. Reference is also made to assessing the environment and “reading” the suspect. This list is not exhaustive. What is important here is to understand that the variety of situations/conditions/suspects is virtually inﬁnite. The goal of training is to convey enough skill and conﬁdence that a street cop will be able to safely and successfully fulﬁl their duties. The reality is that there is a limited amount of time to dedicate to this training, and trainees vary in their ability to learn, absorb and ultimately apply the skills. Training has evolved over time to focus on concepts, with a variety of options to achieve an outcome. As an example, a strike to the bronchial plexus origin may cause the suspects arm to go limp and he drops his weapon. That strike may be taught in class as a “karate chop”, but trainees are encouraged to apply the concept in the ﬁeld by using an elbow strike, baton strike, shin strike etc , depending on the circumstance. This relies on the resourcefulness of the cop and ability to react quickly under the dynamic circumstances occurring in real life and as per previous reference, there is not an inﬁnite amount of time in class to cover all available or practical techniques. To say that a particular technique is “not taught or endorsed” is misleading. What I am getting at here is, when a decision maker decides to eliminate a particular option, because it becomes politically unpopular , they are reducing the toolbox and ultimately the eﬀectiveness of the oﬃcer and with that, public safety. As I used to harp:

“If a member is kicking and gouging in the mud, the blood and the beer, and an “RCMP approved” technique doesn’t readily come to them, are they to just  sit there and take a beating? “The highest level of force, Lethal Force Option, is permissible and will always be an available option, as governed by law. That being said, any application of force, which is less than lethal, is thus also a  legal option. The more any organization chips away at a particular tactic as unacceptable the more one is left with that ultimate level of force as the only option. We have seen this, in Canada as well as the US if we have been awake over the past few years.

Knee on the neck

Brian Beresh, a criminal defence lawyer: “Commissioner Lucki must clearly communicate to the rank and ﬁle that the use of a knee to the neck is not appropriate. The procedure is simply unreasonable” “Passing that message to the ranks could occur very quickly, as quickly as the dissemination of an e-mail. That kind of conduct has to stop. ”So I am not sure where this idiot draws his logic, just trying to defend his client by shifting blame I suppose. The fact that his client was ultimately controlled indicates the eﬀectiveness of the technique. The fact that he suﬀers physical discomfort as an outcome reminds him that compliance with the lawful commands would have been the better choice. A ﬂailing ﬁghting suspect can be diﬃcult to control. Taking them to the ground is a start, as mother earth won’t budge so you have some restriction of their movement. Now you must “pin” them there, while trying to manoeuvre into a handcuffing position. This is where body weight on body might serve, however, unless you have the whole football team with you “dog piling” isn’t an option (which by the way, also gets signiﬁcant criticism.) If you are 5’4” and 125 lbs, you will have diﬃculty pinning that 240 lb logger, or screeched out meth addict. This is where a concept must be applied. Knee on the neck is a very valuable tactic in this circumstance, and it is actually more likely shin-bone across the neck when you look closely. It will be uncomfortable when the right nerves are impacted and the suspect is actually receptive to pain stimulus, or it may work as carotid-control and actually render the suspect unconscious. A similar option is knee-bone on the temple or jaw, very uncomfortable, as part of “control the head, control the body” philosophy.  The bottom line is, you are working toward winning the ﬁght and controlling the suspect. At any point, the suspect is free to stop ﬁghting, comply with commands and the discomfort ends. This particular technique is valuable as it allows the oﬃcer to be heads-up, scanning for the “plus-one” or other threats, to apply cuﬀs or to use the radio to call for assistance. For Beresh, what tactic would you recommend under this circumstance?

A passion of mine, so this could get lengthy. This technique is also referred to as “Lateral Vascular Neck Restraint -USA) or in Judo as “shime-waza” or MMA as a “choke hold”. A bit of a misnomer perhaps as the technique is about restricting blood ﬂow to the brain (hypoxia) as opposed to compressing the windpipe and aﬀecting air to the lungs( not recommended). It’s been 29 years since I waged a battle with policy on this and here we are again. That battle included a presentation to the Public Complaints Commission group, when similar public concern and political rhetoric was being bandied about. They left the presentation essentially shrugging their shoulders and saying “what’s the big deal with this, doesn’t seem to be all that bad”. It had been explained to them that, following a study with judoka in Japan, the experience of being rendered unconscious with this technique, at worst, was like drifting peacefully oﬀ to sleep. In over 100 years of being applied, millions ofttimes per year in martial arts combat, where it is much more aggressively used than on the street, there has never been a single injury or death attributed to it. What seemed to cinch it was when I described the various scenarios, one example: You are a battered wife taking a licking from your husband when the above mentioned 5’4” member arrives. When the ape-like husband turns his attention to the member, the ﬁght is on and there is no way that member can take the husband…..as long as he is conscious. Options to render unconscious : shoot the husband, strike him hard on the head with a stick, or apply carotid control. (tasers weren’t available at the time, and have been demonstrated to have limitations). I asked the group what technique they would prefer, if on the receiving end. The response is obvious. Unfortunately that didn’t stop the policy from being modiﬁed, removing a very valuable tool from the repertoire, for those that would adhere to it. The ridiculousness being “The RCMP has recognized the inherent dangers of this hold by restricting its use in policy, which clearly states that the carotid control hold can only be applied in a life-threatening situation.”…nooo, that’s when Smith and Wesson come in to play. Carotid control is way below that. At the same time the Rodney King event was referenced, for those that can recall back that far. I was watching a talk show which followed, can’t recall which one, maybe Oprah (no it wasn’t a habit). Guests included jury members and a police oﬃcer. The oﬃcer was asked “Was there not some other technique that could have been used, besides extensive striking with batons?”  His response included “Well, we used to have something called lateral vascular neck restraint but it is now prohibited and we couldn’t use it”. They simply moved on in the discussion, didn’t pause on that comment at all. The point, remove options and you limit response techniques. In this case the police force had pretty well been relegated to using the baton exclusively, for escort, for take down, for impact strikes, to be ceased when the subject complies with the lawful command, which is typically “police, don’t move”. The message, you want a hundred Rodney King incidents a year, take away Carotid Control.

Reference was, and is continually being applied in these stories, as though the drama cinches it for the rhetoric . We can go as far back as the Dziekanski incident at the airport or for some of us, the “cocaine psychosis” guy on the front lawn in Surrey in the 1980’s. This has been somewhat lengthy and that is a whole separate rant on Excited Delirium, Restraint Related Death and the application of the Polyvagal Theory(Stephen Porges)

Note: Randy Wilson is a retired C/Supt with the RCMP. He holds Black Belts in Judo and Karate and has extensive other martial arts training. He taught as a Self-Defence (Police Defensive Tactics) instructor at the RCMP training centre (Depot) and has additional training from the Koga Institute (Robert Koga), The Verbal Judo Institute(George Thompson) and Pressure Point Control Tactics (Bruce Siddle).He is Emergency Response Team trained with experience in frontline deadly force conﬂicts in the Lower mainland and Vancouver island. He is VIP trained with extensive experience, nationally and internationally travelling with protectees in the capacity of bodyguard and security coordinator. Not the least, he was an experienced street cop, walking the beat at Granville and Hastings, high intensity with 15 cops in a 2.0 sq Km zone as well as Northwest BC with 1 cop in 10,000 sq km.