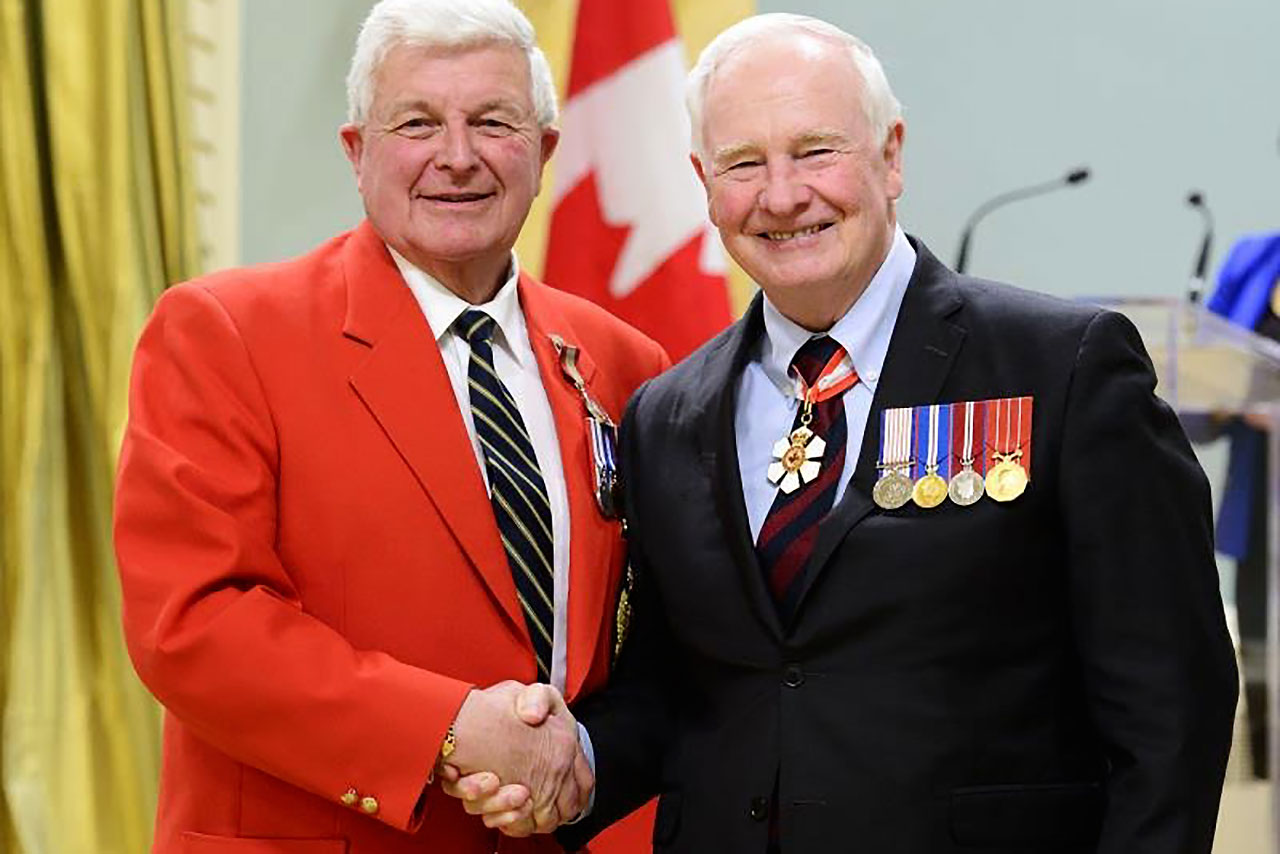 In promoting RCMP veterans’ accomplishments, the Ottawa Division is proud to announce that six of ‘their own’ were recently awarded the Sovereign’s Medal for Volunteers in recognition of significant and long-standing volunteerism in support of the RCMP Veterans’ Association and Canada.

As an Ottawa Division representative, Garth Hampson was invited to receive the medal at the inaugural presentation ceremony in Ottawa. Roy Berlinquette, Ian Cooper, Joe Healy, Brent MacDonald and Gary Walkling will be presented with the medal at a later date. Each recipient is an exemplar, leaving us with a proud legacy for all RCMP Veterans to aspire to.

His Excellency, the Right Honourable David Johnston, Governor General of Canada, presided over the inaugural presentation ceremony of the Sovereign’s Medal for Volunteers on Tuesday, April 12, 2016, at Rideau Hall. As an official Canadian honour, the medal incorporates and replaces the Governor General’s Caring Canadian Award (CCA), created in 1995 by then-governor general, the Right Honourable Roméo LeBlanc.

The medal builds on the legacy and spirit of the CCA by honouring the dedication and commitment of volunteers. Any person who is a Canadian citizen, and has made significant, sustained and unpaid contributions to their community in Canada or abroad is eligible. Candidates must have demonstrated an exemplary commitment through their dedicated volunteerism.

For over 50 years, Sergeant Garth Hampson has been a community leader, providing his voice and musical talents to such organizations as the Children’s Hospital of Eastern Ontario, the RCMP Charity Ball and the Duke of Edinburgh’s International Award, in addition to other community-building initiatives. His efforts have facilitated bridge-building with Aboriginal peoples throughout Canada and have supported many valuable charities and programs.