In The Quarterly’s Winter 2017 issue 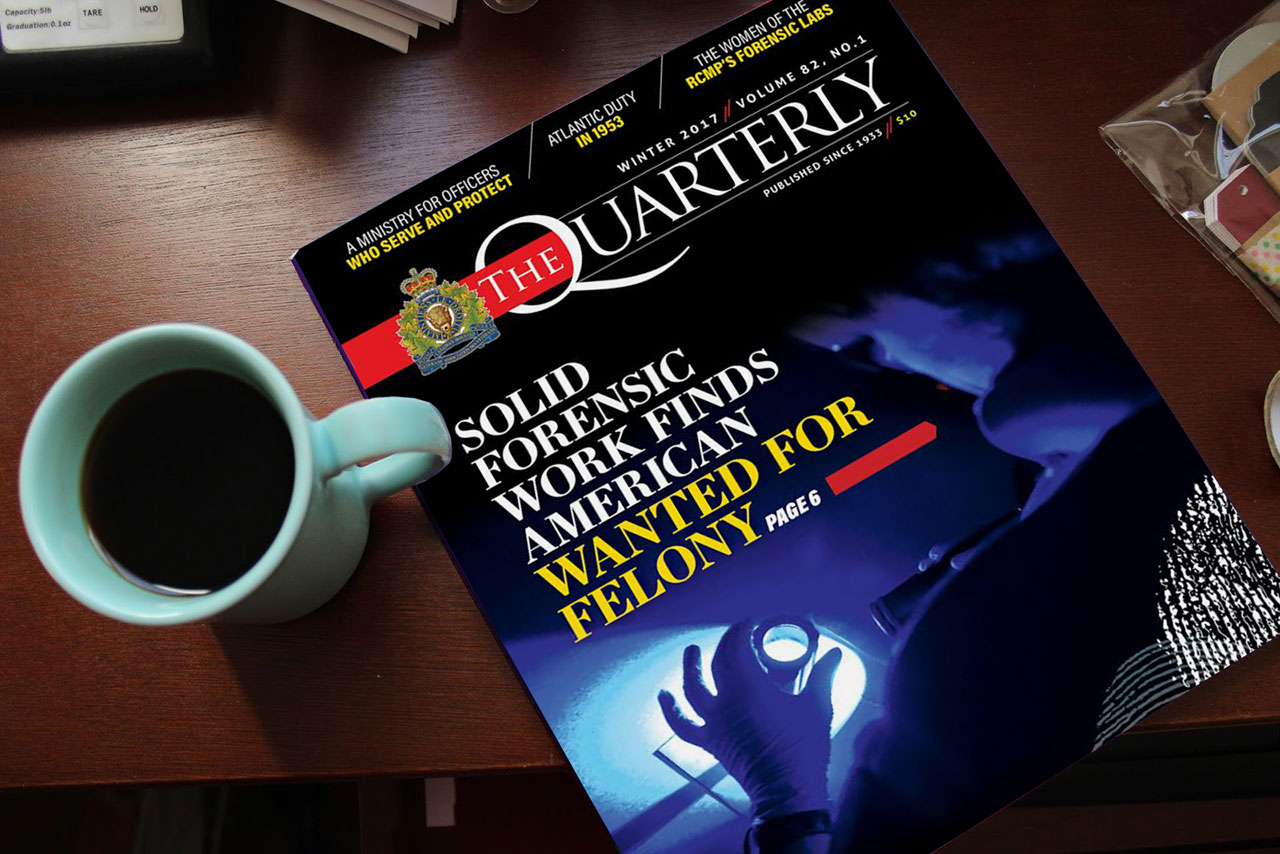 By Brett Makulowich
A unique investigation took place in northern Alberta this past summer (2016) concerning a suspect who was unwilling to give up his many aliases. Through solid forensics work and many helping hands across the continent, a U.S. suspect, who was wanted for numerous crimes on both sides of the border, was identified.

By S/Cst. Daryl Henry (Rtd.)
In 1953, a week after my 18th birthday, I passed all tests and signed up for the Marine Div., arriving in Halifax on May 26. Met at the train and escorted to HMC Dockyard, I was given a bunk aboard the Depot ship, French. The illustrious St. Roch was tied up astern.

The Women of the RCMP’s Forensic Labs

While science-based TV dramas like “CSI” are commonplace these days, there was a time when the use of science to solve crimes seemed novel. But the reality is that science has been helping to solve crime for over a century.

A Ministry for Officers who Serve and Protect

By Tanya Baglole
On Nov. 13, 2015, when gunmen and suicide bombers hit a concert hall, stadium, and patio restaurants in Paris, France, killing 130 people and wounding hundreds more, a team of four French-speaking Canadian chaplains, who are crisis-trained, were dispatched to the French capital to assist those in mourning, including the police.