In the Quarterly’s Summer Issue 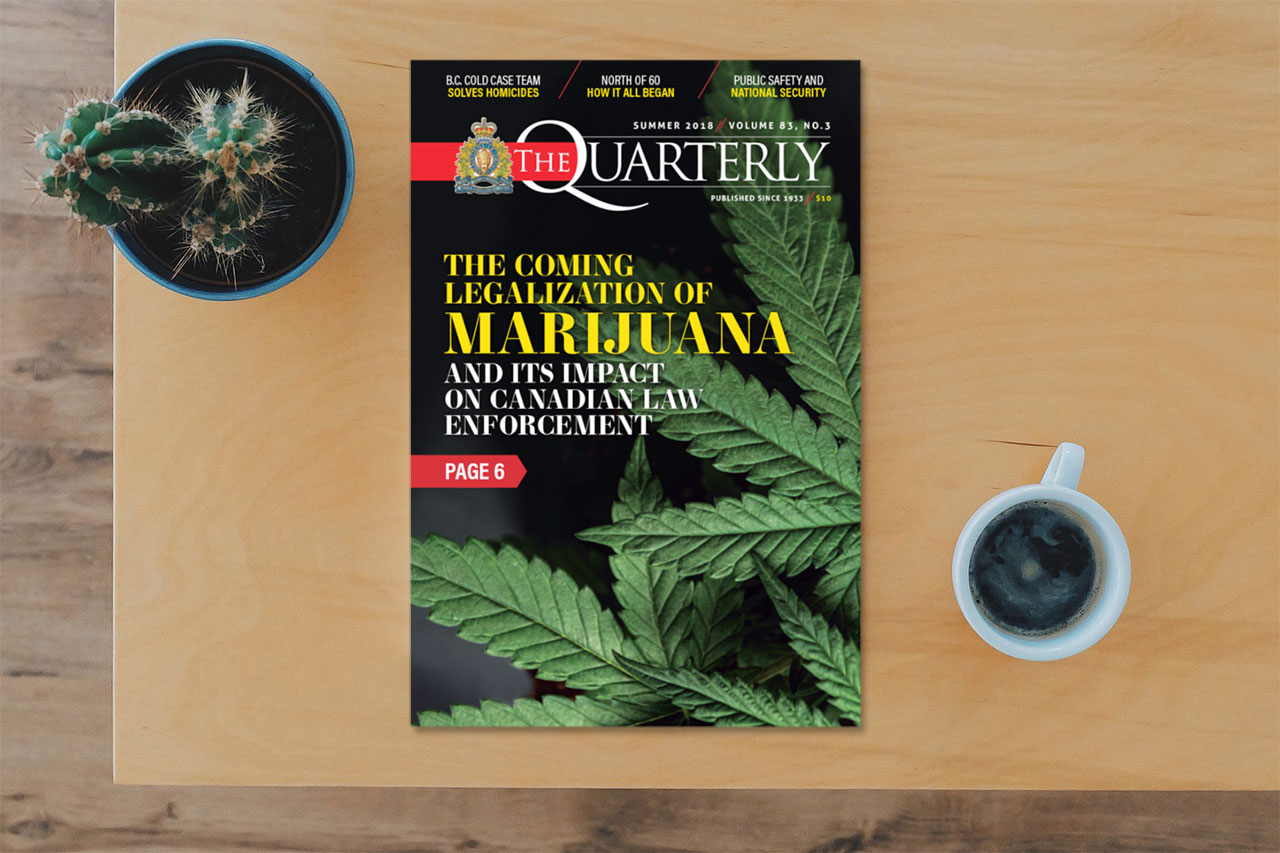 Cover: The Coming Legalization of Marijuana and its Impact on Canadian Law Enforcement

By Senator Vernon White
The legalization of cannabis in Canada has been a discussion point since the 2015 election campaign. Prime Minister Justin Trudeau made the legalization of cannabis a central plank of his election platform and promised that it would be a government priority once in office.Also in the Quarterly’s Summer issue:Integrated Homicide Investigation Team Brings Closure to FamiliesThe RCMP Integrated Homicide Investigation Team (IHIT) is the largest homicide unit in Canada – responsible for investigating homicides, suspicious deaths and high-risk missing persons where foul play is suspected.

North of 60 – How It All BeganBy S/Sgt. Larry Busch (Rtd.)
December 2017 marked the 25th anniversary of CBC (Canadian Broadcasting Corporation) TV’s North of 60. It aired on Thursday nights from 1992 to 1997 with a rating of 1.2 to 1.4 million viewers. It was syndicated around the world and was seen in over 100 countries.

RCMP Commissioner Brenda Lucki’s Address for the Commons Standing Committee on Public Safety and National Security“I have truly been given a gift. It’s the opportunity to lead my organization to a bright and new future.”