In the Quarterly’s Summer 2019 Issue 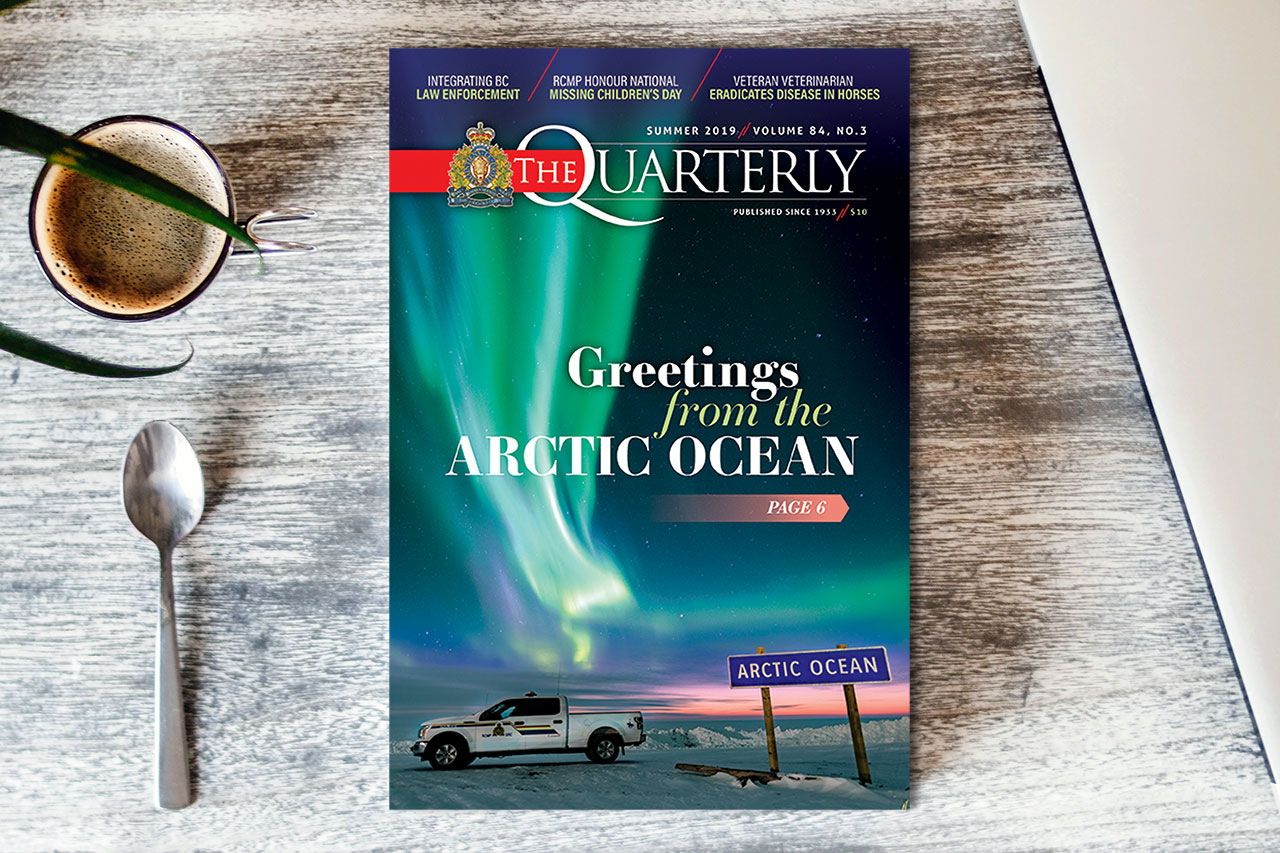 Greetings from the Arctic Circle
By Cst. Chris Kelly

Cst. Chris Kelly has been capturing the northern lights, the sun rises, sunsets, and the landscape of the North while serving there.

Also in the Quarterly’s Summer issue:

To mark National Missing Children’s Day, the RCMP this past May launched a week‑long campaign that featured missing children from across Canada on the “Canada’s Missing” website.

From Leading Protective Policing in the NCR to Police Capacity-Building in Ukraine: Our Prot Ops Officer’s Journey Abroad
By National Division Communication Services

Throughout the years, National Div.’s Protective Operations (Prot Ops) Officer, C/Supt. Bruce Kirkpatrick, has been a key player in shaping and ensuring operational excellence within the RCMP’s protective operations services. Last year, he was selected as the Contingent Commander for the Canadian Police Mission in Ukraine, in support of Canada’s international capacity-building and development initiatives.

Fifty years ago, a plaque honouring the achievement of a Veteran of the Force in helping to eradicate a virulent disease in horses called “maladie du coit” or “dourine” was unveiled. A veterinarian staff sergeant recruited to deal with the outbreak of the disease would identify the cause of the disease and eradicate it.