In the Quarterly’s Summer 2017 issue 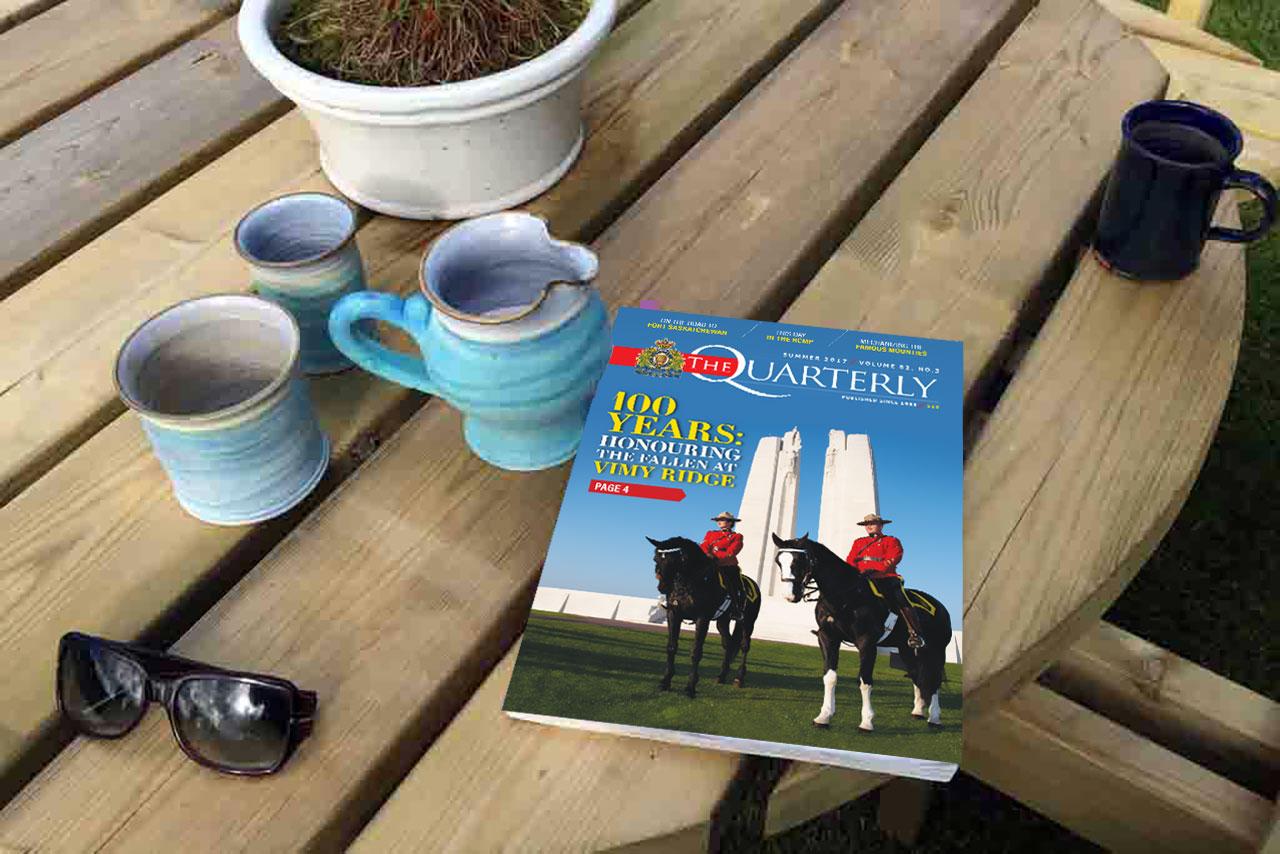 One hundred years ago, in the coldness of dawn, Canadian soldiers waited in trenches to attack enemy forces at Vimy Ridge on April 9, 1917.

Also in the Quarterly’s Summer issue:

By Cst. Elenore Sturko
The portraits of four Mounties hung on the wall of my great grandmother’s apartment. Her four sons, Dave, Brian, Bob and Jack were members of the RCMP.

By Cst. Brendan Harkness
It all started 20 years ago when I was 15 years old. I remember driving down the highway in my parents Ford Aerostar, and passing the Whipletree Junction Auction House in Duncan.

On the Road to Fort Saskatchewan

By Jennifer Mukena Muika
This year’s Canada Day marked the 150th anniversary of our nation’s confederation. In every part of the country, festivities were planned to bring Canadians together to celebrate our long and rich history. K Div. was no exception.

By Tanya Baglole
A few years ago, a man contacted Supt. Joe Healy (Rtd.) after discovering his father’s name in the RCMP Graves Discovery Database that Healy had created.

The Man Behind “This Day in the RCMP”

By Tanya Baglole
In June 1953, Cst. Victor Cormier, 29, fell through the ice in the high Arctic while searching for stolen property.

By James Montagnes
Royal Canadian Mounted Police are now riding motor cycles, 250 of these machines having been sold recently to the famous force.

Book Review – To Guard My People: The King’s Police and Fire Service Medal in Canada