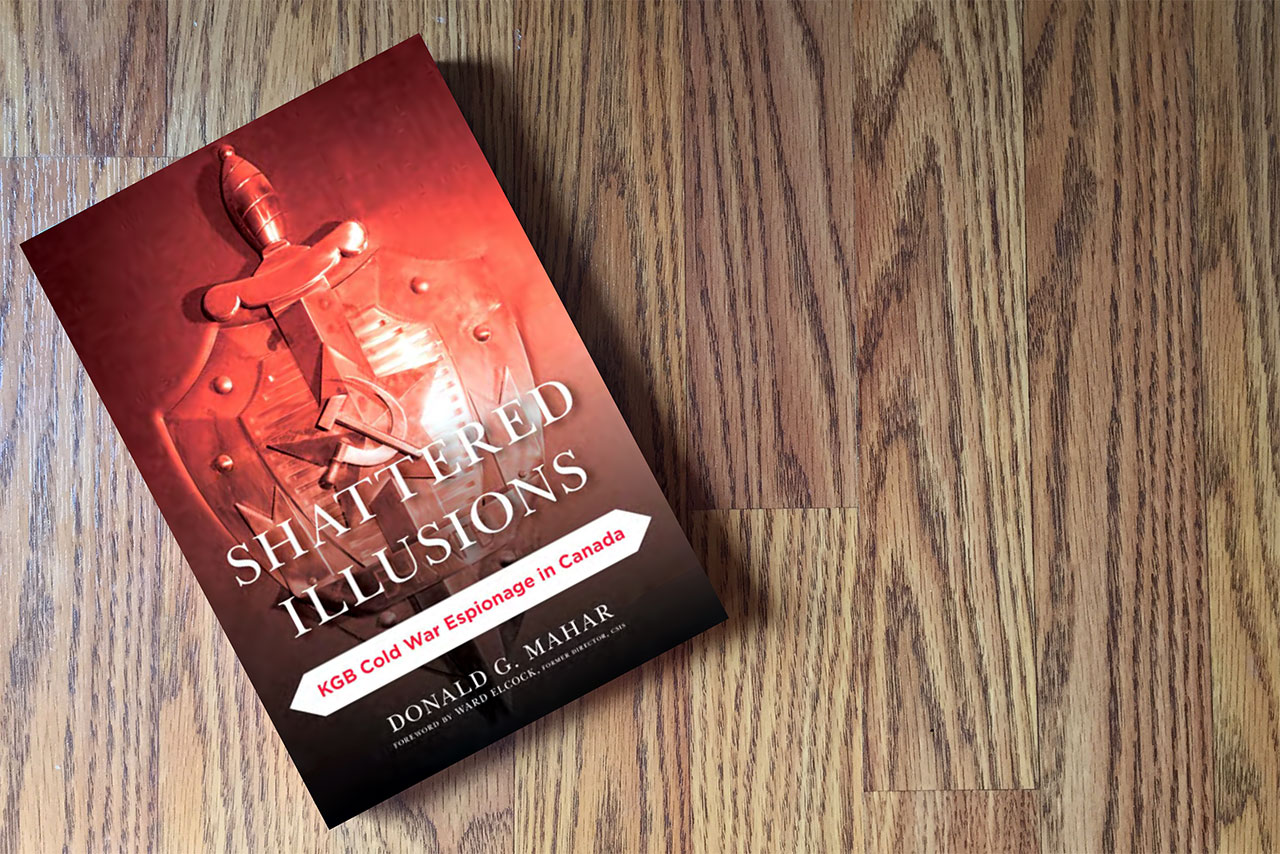 Shattered Illusions: KGB Cold War Espionage in Canada, is the true story of two men at the centre of one of the most important, early Cold War espionage / counter intelligence operations in Canada. KGB deep-cover illegal, Yevgeni Vladimirovich Brik, and former disgraced RCMP Cpl. James Douglas Finley Morrison, Reg. #13251, shattered each of their country’s faith in them.

After extensive vetting, the Soviet KGB had provided Brik with the full range of clandestine espionage training, in specially selected safe houses in Moscow. He was forbidden to enter any KGB facility in Moscow and was not exposed to KGB officials, other than his trainers. Brik was dispatched to Canada in November 1951, landed in Halifax using false Canadian documentation. He took the train to Montreal, carrying in his pocket two microfilms inside a hollowed-out coin. The microfilms described var-ious meeting sites and radio transmission fre-quencies he would later use to communicate with KGB HQ, the Centre, in Moscow. Within 10 days, he met Leonid Dmitrievich Abramov, an Ottawa-based KGB officer, who was his initial lllegal Support Officer (ISO). Abramov gave Brik a cigarette case containing his new identity documents, in the name of David Soboloff. Brik gave Dmitrievich his original travel documents and, with his new identity in hand, began his life as a deep-cover KGB illegal in Canada.

RCMP Cpl. James Morrison had distinguished himself during WWII as a member of #1 Canadian Provost Corps (RCMP). During his time in the UK and Europe, he rose in military rank to Captain. Morrison had been Mentioned in Despatches (MID) for gallantry and was given the job of hunting down Nazis and Dutch sympathizers who had committed war crimes against the Dutch people. After the war, he remained briefly in Europe where he continued to search for Nazis. Some months later, Morrison returned to Canada, re-engaged in the RCMP and was posted to ‘F’ Division. He had married while in the UK and his pregnant wife, and their first-born son, followed him to Canada.

During his first two years in Canada, Yevgeni Brik communicated clandestinely with Moscow, serviced dead drops, opened bank accounts in Canada and the U.S. using KGB operational funds, corresponded with the Soviet Embassy through a live-letter-box (LLB) and had occasional clandestine meetings with Abramov, his ISO. He was later assigned a number of agents to service. Following instructions from the Centre, Brik travelled to western Canada where he familiarized himself with the cities which his false legend indicated he had lived. While in Winnipeg, he fell in love with a married woman from Kingston, ON. He met her at her parent’s boarding house, where she and her two children were spending a short vacation. An illicit affair followed. Brik informed his lover that he was not the person he said he was, but a Russian spy living in Verdun. The woman persuaded him to travel with her to Ottawa and to turn himself in to the RCMP Security Service.

RCMP SS officers, Terry Guernsey and Charles Sweeny convinced Brik to work against the KGB in Ottawa and Moscow as a double agent. He was the only Western intelligence penetration of the KGB at the time. In 1955, Brik was betrayed to the Soviets by RCMP Cpl. James Morrison, who was seeking relief from suffocating debts. It was the first known time that a member of the RCMP had committed treason and espionage. The KGB, knowing it had to get Brik back to the USSR, lured him back to Moscow where he was arrested and interrogated. Convicted of treason, a traitor’s fate awaited him; predictable, grim and final. But incredibly, this is just the beginning of the story.

The book, published by Rowman & Littlefield (NY & Maryland) will be released Jan.16, 2017. It will be available directly through the publisher, Amazon.com, Kindle, or can be ordered through your local book store. However, the publisher is currently accepting pre-publication orders which includes a 30 per cent discount. You must use Discount Code: RLFANDF30. Order at 1-800-462-6420 or email orders@rowman.com. 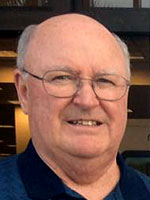 Donald G. Mahar is a member of RCMP Veterans’ Association, Ottawa Division. He served 41 years in the RCMP, CSIS and CSE. He is the National President of the Pillar Society, the retirement organization for CSIS and the former RCMP SS.