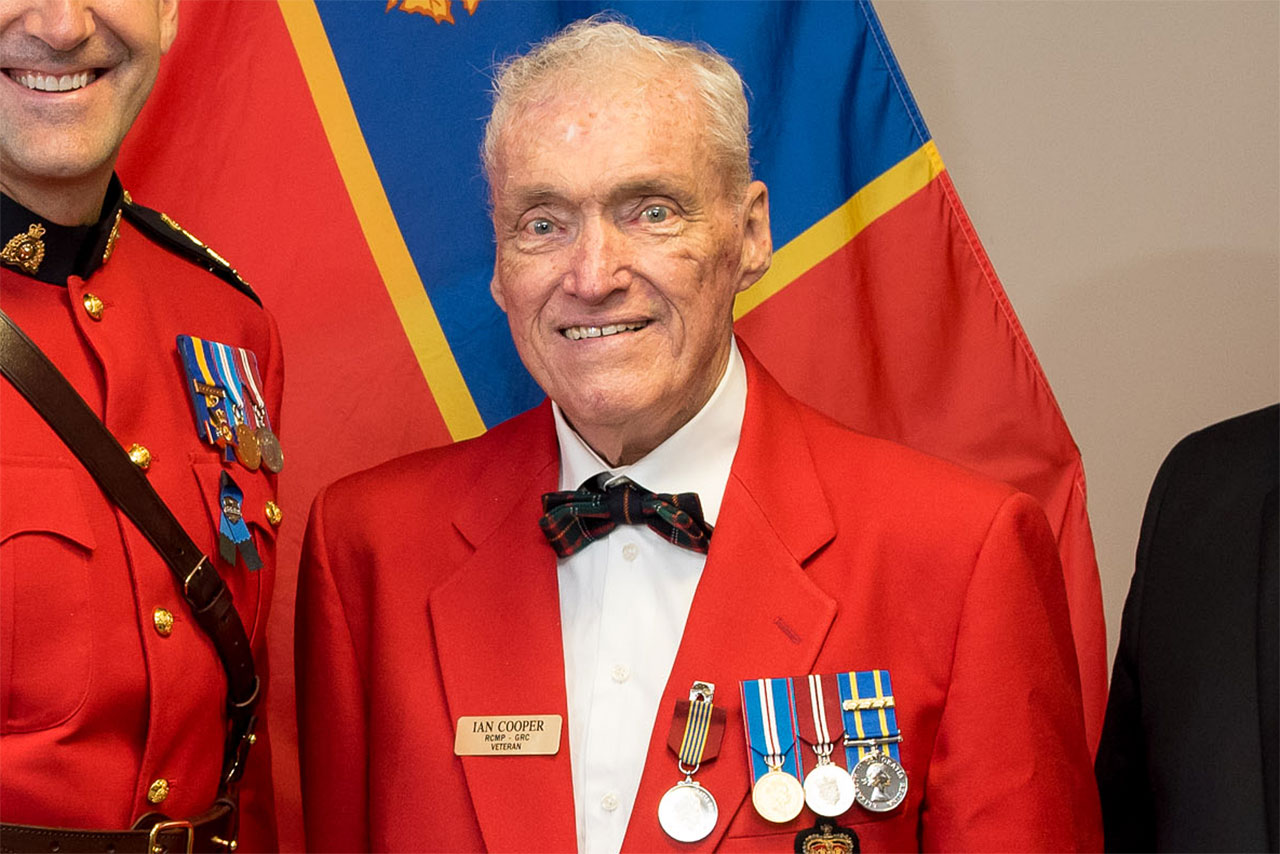 When Ian Cooper was named the 2014 Ottawa Division Veteran of the Year in 2014 it was one of the many times he had been recognized for his service to his community, the RCMP, and to the ODVA. For more than 40 years Ian made a significant difference through initiatives that have improved the lives of others.

Ian was the first to receive the Ottawa Division Veteran of the Year Award in 2014. At that time Joan Panich, then the Director of Awards and Recognition, said Ian’s commitment to the Ottawa Division was a way of life for him and that he was committed to the organization, to each Veteran in this room, and to everyone Division.

Ian joined the Ottawa Division in 1994 and received his 20-year Service Bar on the same day he received the Veteran of the Year Award. In May 1997 he became a life member and in 2012 was appointed a Member Emeritus. In 2005 Ian was the member of the Executive Committee responsible for history and in 2006/2007 he added responsibilities for Protocol to his portfolio. In 2008, and from 2010 to 2012 , he again took on the Protocol duties. In 2009 he also became the Ottawa District representative on the HQ General Mess Executive Committee.

In May 2016, on behalf of His Excellency, David Johnston, the Governor General of Canada, Deputy Commissioner Kevin Brosseau presented the Sovereign’s Medal for Volunteers to Ian at a special ceremony at RCMP Headquarters in Ottawa. He was one of the first Canadians to receive it. Among the contributions cited for Ian when he received the Medal was the creation of a Minor Hockey Program for youth in Prince Rupert, BC which, after five years, became competitive in British Columbia and Alberta.

For 20 years, Ian organized Ottawa Division Veteran volunteers to participate in the Annual Remembrance Day and the Odawa Dinner (First Nations Feast) which honoured aboriginal military veterans from across Canada.

His service to the Division Executive Committee was recognized, as was his support of the annual RCMP Sunset Ceremonies, and his co-ordination of transportation teams for out-of -town police officers and veterans who attended the National Police and Peace Officers’ Memorial Service on Parliament Hill each September.

Ian was born in Campbellton, NB and was a proud member of the RCMP serving from 1956-1994 in detachments across BC (18 years), and at RCMP HQ in Ottawa until retirement as a Staff Sergeant. He is survived by his wife of 53 years, Hèlaine, daughter Kim (Paul Keogh), son David (Joanna), and grandchildren (Kaitlyn, Dillon, and Anika).