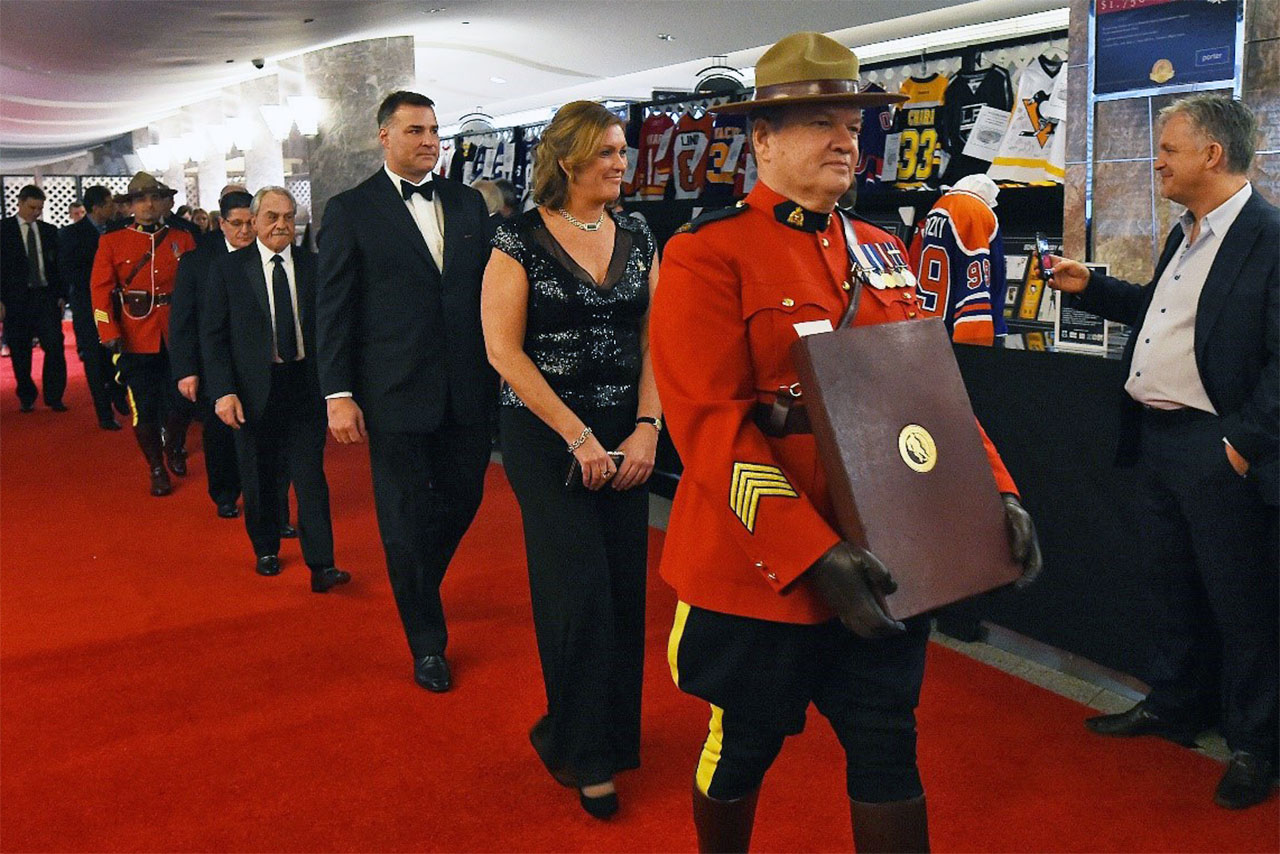 The fall Toronto Weekend Getaway was all encompassing: hockey, awards, rewards and recognition. The highlight of the weekend was the official participation in the Hockey Hall of Fame (HHOF) Induction Ceremonies. The RCMP has participated in uniform at the induction ceremonies since the HHOF moved to its current location in 1993.

Fall inductees were Rogatien Vachon, Eric Lindros, Sergei Makorv and the late Pat Quinn, a long-time supporter of the RCMP and RCMP Veterans.

As part of the ceremonies Ottawa Division Second Vice-President, Michel Pelletier, carried the induction documents and led the induction march, with a piper from the Toronto Police services Pipe and Drum Band. He was followed into the ceremony by Pat Quinn’s daughter Kalli, and the other inductees. Most Canadians will remember Pat as a player, coach, General Manager, and, notably, Team Canada’s coach when the team won Canada’s first Hockey Gold Medal in 50 years at the Winter Olympics in 2002. RCMP Veterans will remember Pat as a guest speaker at Regimental/Dining-in Dinners, conferences and through donations to the Mounted Police Foundation. The RCMP Commissioner designated Pat an “Honourary Member” of RCMP Messes.

Pat was an initial supporter of the “RCMP Veterans Annual Golf Tournament” and donated, through the Toronto Maple Leafs, a “Toronto Weekend Getaway” that included accommodations, dinner and tickets to the Leafs/Senators game. The Leafs have continued the tradition by providing the package as one of the major prizes at the annual golf tournament, now the RCMP Veterans/Denniston Bone Marrow Classic, and Via Rail provides the transportation. The 2016 Leafs’ weekend was won by Marc Pigeon. Another major prize given out at the golf tournament is a special invitation to the Hockey Hall of Fame Induction Weekend, including tickets to an HHOF All-Star hockey game and to the Induction Ceremonies. This year’s winner was Ottawa Division Member Alex Geddes, and his wife Bev. The Geddes’ travelled to Toronto, and back, on Via Rail with HHOF Ottawa 67s Coach and G.M. Brian Kilrea and his wife. The Kilrea’s daughter was formerly a Member of the RCMP so they were able to share many hockey and RCMP stories. 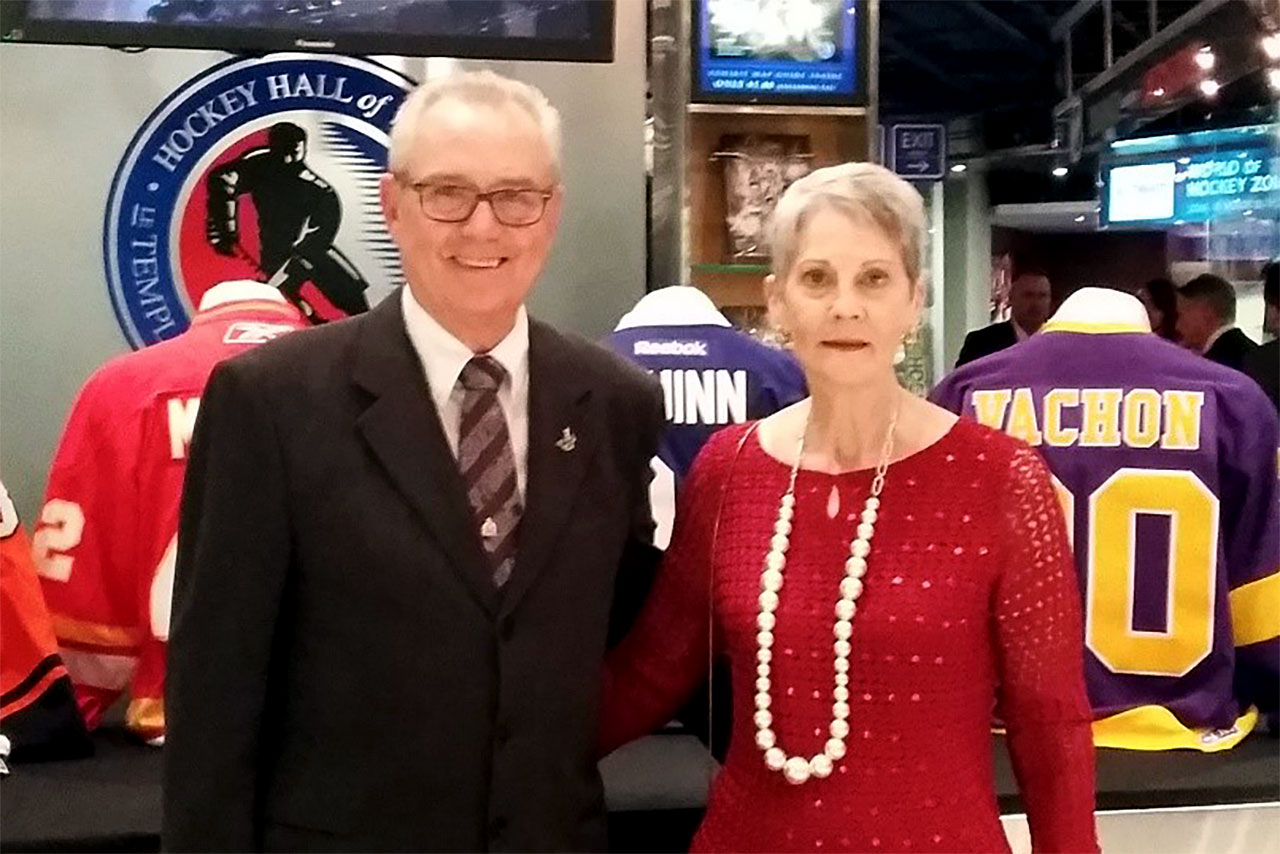 The official program for the weekend also included Michel’s participation in the on-ice Honour Guard for the HHOF Legends hockey game. Many Veterans will recall member Will Stefurek, who was stationed in Drug Enforcement at HQ Ottawa. His son, S/Sgt. Glen Stefurek, now in “O” Division, accompanied Michel at Centre Ice and at the Induction Ceremony. Kalli Quinn was presented with a HHOF blazer at the game.

While in Toronto Michel took the opportunity to recognize long-time supporters of the golf tournament by presenting Certificates of Appreciation to representatives of the Toronto Maple Leafs and of the Hockey Hall of Fame.

Plan to participate in this year’s golf tournament at Hylands Golf Club on September 11.